I Spent my Summer at MARVEL!

Spending The Summer At Marvel Comics

Can you give us a little background on you, your education, and your writing experience?

I was born in Irondale, Alabama. I’ve had a passion for art since I was a kid and started taking writing stories seriously when I became a teenager. In my spare time, I read (mainly fiction—novels, comics, graphic novels) and play video games.

My first writing experience involved writing speech bubbles for the characters I drew. When I was younger, I was more interested in drawing my stories than writing them. It wasn’t until the summer entering my sophomore year of high school that I began writing my stories. I loved every minute of it. I wrote the first draft of my novel, FATE, and its three sequels when I was 16-17 years old. In retrospect, I’m shocked I was able to write as much as I did because I had so much homework and tests to study for! It wasn’t until 2016 that I self-published FATE. Currently, I am a freelance writer for Marvel, writing articles for their website, which has been awesome. Additionally, I just completed the sequel to FATE and am looking forward to marching across the graduation stage in May 2019. 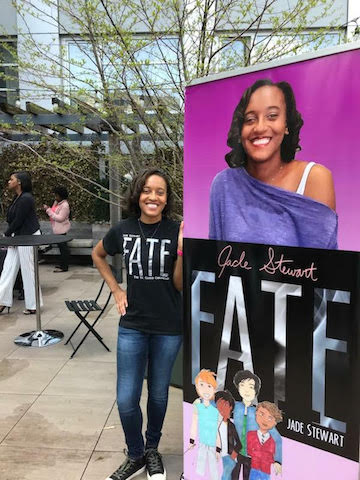 What made you want to pursue an internship at Marvel (besides the fact that it is super cool!), and how hard was the application process?

I was searching for summer internships in New York that dealt with being in an editorial role. When I saw that Marvel was looking for someone to fill their New Media Editorial internship, I applied immediately. Marvel wasn’t just part of my teenage years and adulthood but my childhood as well. A couple of my childhood memories included watching reruns of the 90s Spider-Man cartoon before heading to school and watching X-Men: Evolution on Saturday mornings. (Storm was/is my favorite character.) You could say I’m a bit of a nerd.

The application process wasn’t difficult at all. I had to upload my resume and a cover letter to be considered. It was important to have experience in editorial work and/or in narrative media. The difficult part, personally, was the interview. I was extremely nervous!

Can you describe the internship experience at Marvel?

During my summer at Marvel, I had the opportunity to proofread some of the character biographies for their new website as well as transcribe interviews featuring comic book writers. I was also exposed to non-editorial aspects such as sitting in on a podcast session and observing an actor from one of Marvel’s TV shows being interviewed. Additionally, I was able to interact and socialize with the other interns. Most importantly, the staff at Marvel was absolutely awesome! I was surrounded by the nicest, nerdiest people who were open to me receiving as much experience during my internship as possible. 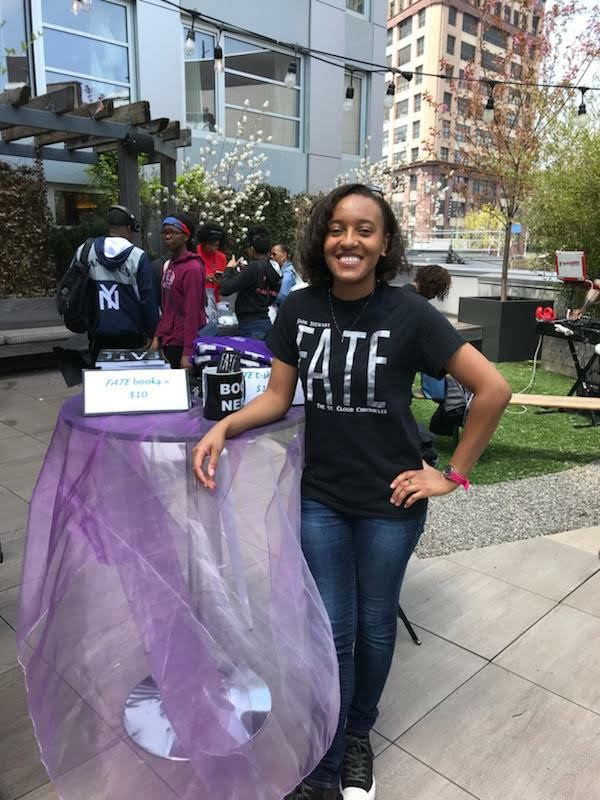 What were the highlights? Did you meet anyone famous?

Two highlights from my internship were viewing an early, private screening of Ant-Man and the Wasp and being given the responsibility to write several articles for publication during my last month there. I met Miles Mussenden, who plays the dad of one of the protagonists in Marvel’s Cloak and Dagger. Unfortunately, I didn’t have a random encounter of running into the cast of Black Panther or Chris Evans. (laughs) 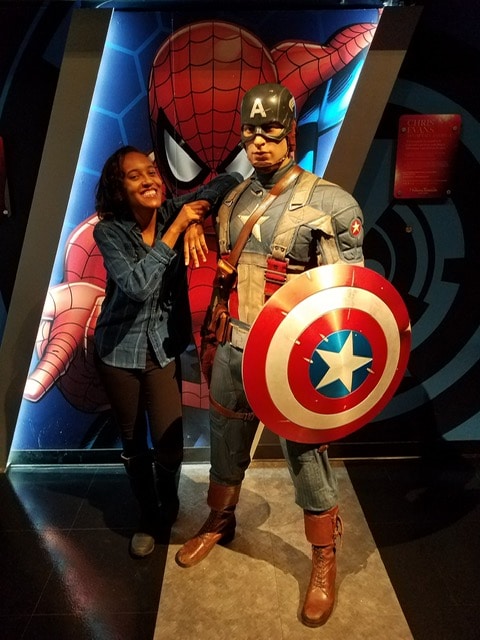 What’s next for you?

I was contacted by a literary agent last summer, thanks to an excerpt of my submission from the Writing program’s Thesis Anthology. She admired some of the descriptions of the manuscripts I was working on. Two of the manuscripts included my graduate thesis, Summer League, a Young Adult sci-fi story, and the sequel to FATE, which is a Young Adult fantasy story. I recently finished revising those manuscripts and emailed them to her. I look forward to having them published, especially for those frequently requesting the sequel to FATE. My dream goal is to become a professional writer/novelist, which I am working hard to achieve.

What is your advice to girls wanting to get into the comics industry?

My advice to girls is to never let anyone deter you from following your dreams. Some people will think you are weird or they will try to make you prove that you are a “real fan” of comics/comic book characters. They may even say, “Comics are for boys.” It’s 2019! Pay them no attention. Write your stories. Draw your panels. Continue to work hard and strive to become the best comic book writer, illustrator, colorist, or whatever career choice you choose. The heavens are your limit.

That Was Then, This Is Now

End of Winter/Beginning of Spring Playlist