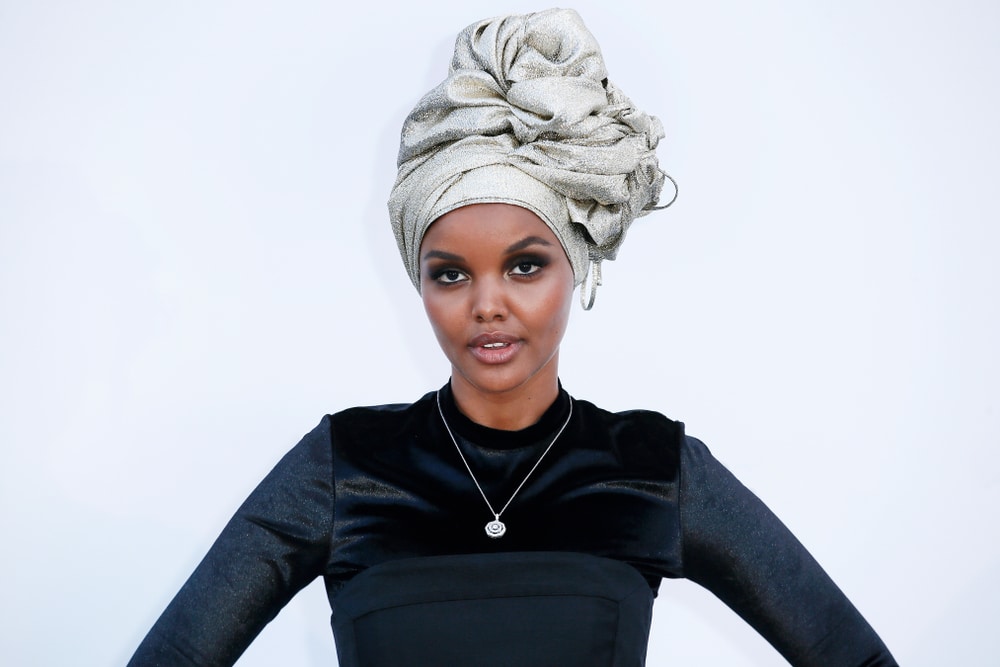 As a child, Halima Aden received a well-intentioned homework assignment: draw a Disney princess who looks like you. “I came to school emtpy-handed,” the Somali-American, who was born in a Kenyan refugee camp and moved to America at age 6, told TODAY. “Like so many little girls, I never had anyone like me to look up to.”

But as a practicing Muslim who wears a hijab, she was determined to do change that for other young girls. Now a 19-year-old student in St. Cloud, Minnesota, Aden competed in the Miss Minnesota USA pageant on Nov. 26 wearing a hijab throughout the competition.

“With all the negativity right now … I know so many women who stopped wearing the hijab because they were scared,” Aden told TODAY. “When I heard about the platform, I wanted to inspire Muslim women to challenge themselves … (but) I didn’t want to compromise my values.”

Aden submitted an application that included a headshot of her wearing the hijab. When she received a congratulatory email saying she had been accepted into the pageant, she inquired about wearing a “burkini” during the swimsuit competition — essentially a loose-cut wetsuit that would allow her to remain covered while still technically modeling swimwear.

The organization was incredibly receptive. “The Miss Universe Organization is a company run by women, for women, built on a foundation of inclusion and continues to be a celebration of diversity,” Denise Wallace, executive co-director of Miss Minnesota USA, said in a statement.

“The decision to allow Halima to wear a swimsuit that would be deemed acceptable by her culture and that she would be comfortable wearing on stage is in line with the values of the Miss Universe Organization in empowering women to be confidently beautiful. The Miss Universe Organization knows that a confident woman has the power to make real change.”

Aden received more push-back from within her community, where not everyone understood her desire to compete in the first place. “(Pageants aren’t) something that’s done in Somalia,” Aden explained. “It was a cultural shock … People didn’t even know what a burkini was. I didn’t myself until last year! 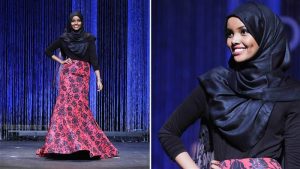 Still, she felt the potential to effect change was more important. “Representation is a privilege,” she said. “Most images of Muslim woman are attached to victimhood … I never see positive representation, the way I see other women being celebrated.

“I wanted to challenge those definitions of beauty,” she continued. “It can be blonde hair and blue eyes, but it can also be something different.”

Aden finished in the top 15, and has since been able to use the Miss USA platform to connect with women all over the world. “I heard from women in Tanzania, Indonesia — they were so proud to be getting positive feedback,” she said. “It broke my heart when girls would share bullying stories … I had self-esteem issues growing up, getting comments about being a ‘raghead’ or ‘towel head.’ It hurt.”

She hopes to send a message not only to Muslim women, but also to anyone who has dealt with bullying. “If you’re not a woman or don’t understand, it’s important to sympathize,” she said. “We have so many barriers to break through … now is the time for us to unite.”

She added, “It’s weird to hate something you don’t understand.”

12-year-old girl fights off attacker by kicking his privates