12-year-old girl fights off attacker by kicking his privates 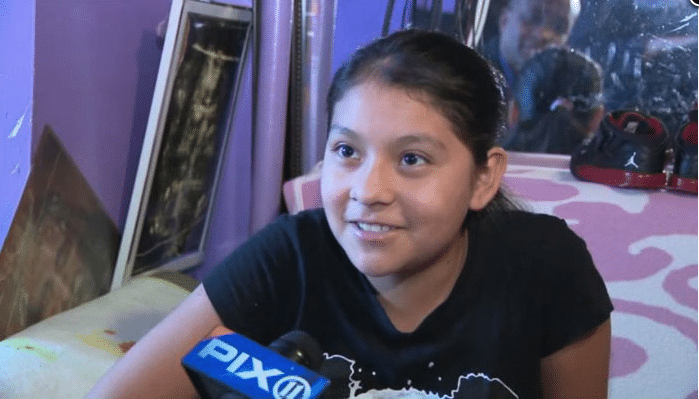 NEW YORK CITY (WPIX/CNN) – A 12-year-old is still scared after she was attacked on the street, but thankfully, she managed to fight back by kicking the teen in his privates.

Keiri Quintero went to the market Monday afternoon to get cilantro for her mom. As she was headed back, the suspected attacker, who is believed to be 15 or 16 years old, approached Keiri.

“He told me in the street, ‘Are you cold?’ I didn’t answer. I just crossed the street, and I stopped inside a McDonald’s. He was waiting there looking at the sky,” the girl said.

Trying to ignore the teen, Keiri kept walking, but when she walked by a concealed passageway, he pulled her back. He ordered Keiri to give him money, so she did.

After he began taking off his jacket, Keiri tried to escape, kicking the teen in his privates.

The attacker ran away, which caught the attention of two good Samaritans, who helped Keiri out.

The husband of one of the Samaritans even went looking for Keiri’s attacker, but he didn’t manage to find the teen.

Police are working to track the suspect down.

An interview with Ann Foley (Costume Designer for Marvel’s Agents of S.H.I.E.L.D.)