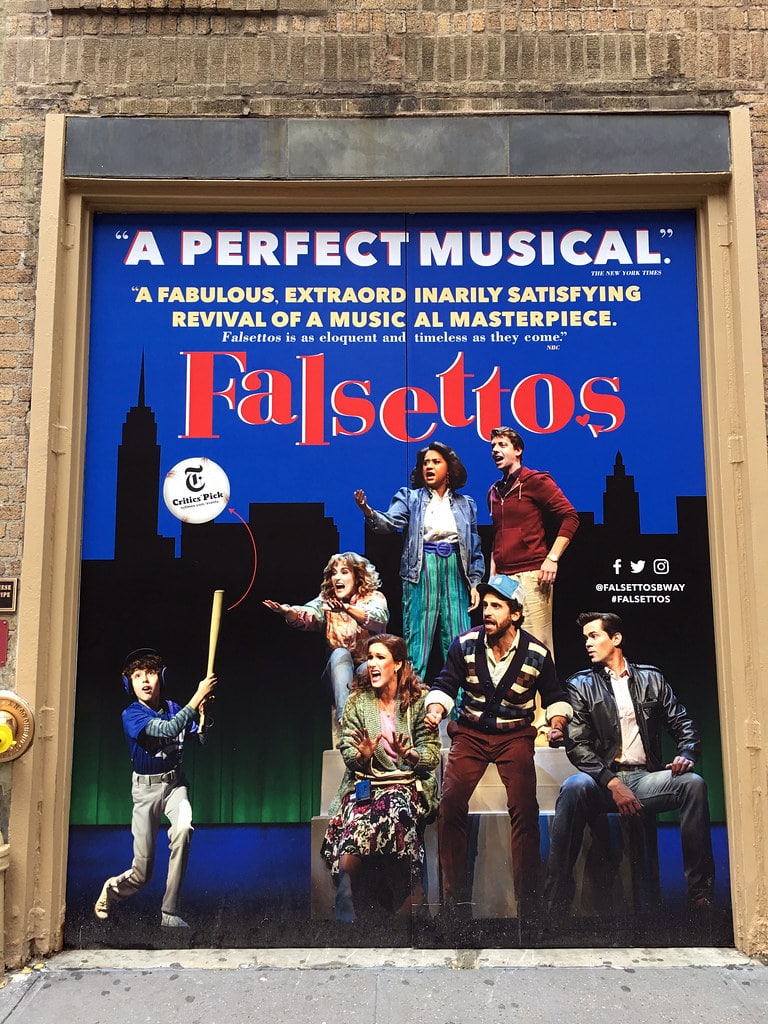 Some works of art have clear messages, while others you have to hunt for. Art makes us feel and causes us to think. It should make us ask questions. Falsettos is a musical that ticks all of these boxes.

What Falsettos is all about

Falsettos is a two-act musical comprised of March of the Falsettos, written in 1981, and Falsettoland, written in 1990. They’re written by William Finn and directed by James Lapine. The show opened on Broadway in 1992, revived in 2016, and had a national tour in 2019.

The story surrounds a Jewish family in New York. Set in the early 80s, the AIDS crisis created mass panic and fear. The plot revolves around Marvin. He is married to Trina, and they have a son named Jason. When Marvin leaves Trina for a man named Whizzer, their “” family is quickly disturbed. Trina begins to lose her mind and starts going to therapy. She eventually falls in love with the family psychiatrist: Mendel.

Just as Trina starts to pick up the pieces of her life, Whizzer becomes sick. Jason is stuck in the middle of all the conflict. He is frustrated, confused, and starts to act out. Much to his parents’ horror, he states that he doesn’t want a Bar Mitzvah. The “lesbians next door,” Dr. Charlotte and Cordelia, are unconditionally supportive to everyone else. Will this family be able to move past their conflicts to support Whizzer, and each other, through his diagnosis?

How I found Falsettos

Personally, I was introduced to the world of Falsettos with the 2016 Broadway revival cast. I was a fan of other projects the cast had been apart of, so I thought I would give it a chance. I was obsessed with the cast recording. Something about the arrangements, the vocals, and the lyrics felt different from any other show. I couldn’t stop thinking about it. Will Marvin ever learn to control his emotions? Will Jason push through the chaos and grow up to fulfill his potential? Does Jason only look up to Whizzer? Is Trina okay? What in the world is a “banana-carrot surprise”?  Still, to this day, whenever I listen to the album or watch the filmed version, it makes me think.

I saw the national tour in Charlotte, NC, and got to meet the cast! The production exceeded my expectations. I was in awe of the pure talent on the stage and the emotion in the room. Falsettos is heartwarming, heart-wrenching, and important. Some members of the audience have memories of the time period, while others weren’t even born yet. I think this speaks to the significance of the story, and shows that we still have a long way to go.

Why Falsettos is Timeless

Not everyone was accepting of the story and characters of Falsettos in the 90s, and lots of people still aren’t. That’s why the story, and others like it, should continue to be told. Falsettos is simply an illustration of family; it proves that love conquers all. The family is far from perfect, but they make it work. Every person in the audience can relate to something within one, or between two of the characters.

Some things, like acceptance, should be expressed until everyone listens and learns. Life-changing pieces of work stay relevant throughout time, and have the ability to impact many generations because family and love are themes that will never expire.

Hello! My name is Aubrey Best and I am an 18 year old from South Carolina. I am fortunate to have a method of sharing lessons and experiences through Girlspring, while connecting with others. I am happy to have any role, no matter how small, in empowering others to learn and love!