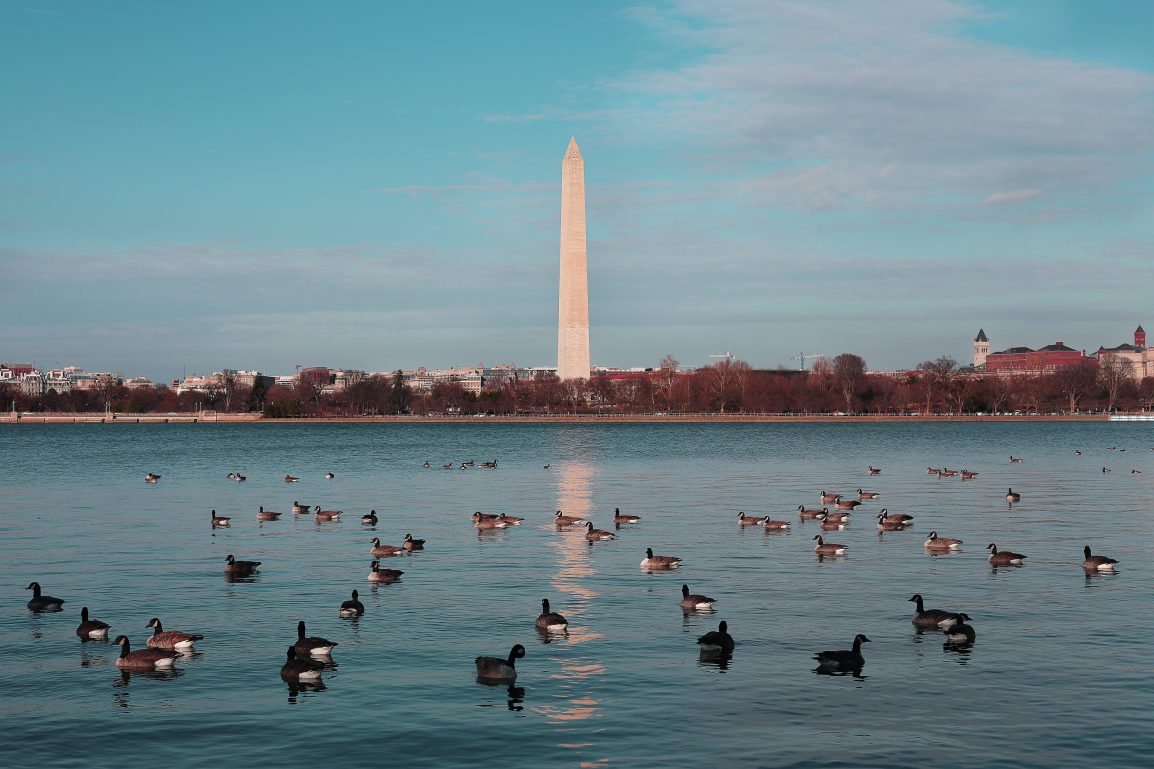 This summer, I traveled to Washington, D.C. with my mom and my sister. It was my first time to our nation’s capital, and I loved it! We flew in early on Wednesday and immediately began our adventures. We started off at the famous Old Ebbitt Grill; I had a waffle off of their breakfast menu, and it was delicious. I recommend going there if it is your first time in D.C. Next, we took a general tour of downtown D.C. on a trolley bus, and it is very helpful in getting to know the city, but if you want to use it to get you somewhere very quickly, it do not recommend it.

We explored Arlington National Cemetery that afternoon, and it was very meaningful. Arlington is a military cemetery that stretches across 624 acres. With that said, they provide an hour long guided tour that costs around $30 per person, but it was very helpful because it drove us to all of the major stops. One of the highlights of Arlington is the Tomb of the Unknown Soldier. It is a memorial dedicated to all of the soldiers who have died in battle and have never been recognized. Every hour, and thirty minutes in the summer, there is an emotional ceremony called “Changing of the Guard”. The tomb is guarded 24/7 by a military member, and during this ceremony, they change the guard in a very serious yet sentimental way. If you get there about ten minutes early, you will have a good view of it being performed. Another cool thing to see is the burial site of John F. Kennedy, our 35th president.

Afterwards, we went to a small café for dinner and then to our hotel, The Willard. The Willard is a historic hotel in the heart of D.C. Abraham Lincoln stayed in it once and Martin Luther King Jr. finalized his “I Have A Dream” speech in front of one of the fireplaces there. It was an amazing hotel with lots of history behind it.
Over the next two days we visited lots of places and walked a lot of miles. All of the places had tons of history surrounding them, and here’s one thing cool about each of them: the Spy Museum had a fun and interactive activity; the Holocaust Museum had so many personal and meaningful accounts from the Holocaust; the Lincoln Monument was beautifully crafted; the Newseum had artifacts from the 9/11 bombing; the Capitol was my favorite because I got to see the place where laws are made; the White House had an interesting history behind it; the National Zoo had really cute animals that are not here in Birmingham; the Museum of American History had first ladies’ dresses and items; and finally the National Archives had the Declaration of Independence, Bill of Rights, and the Constitution.

Finally, I have some very good restaurants that you should go to. The Shake Shack is my favorite. It has the best burgers and is right next to the Spy Museum. The Hamilton has awesome chicken fingers, salads, and milkshakes. Bourbon Steak is extremely fancy, but they have amazing truffle macaroni and cheese, steak, roasted vegetables, and gourmet doughnuts. Baked & Wired is similar to Georgetown Cupcakes, but has a shorter line and what I think better cupcakes. Café du Parc was adjacent to our hotel and has an amazing breakfast buffet.

Overall, Washington, D.C. was one of my favorite trips. I got to explore so any old and beautiful buildings that have lots of history that everybody can learn from. I hope to go back there soon and I recommend looking into it for your next family vacation.

14 Year Old is being called the Best Rock Climber in the world!

The World at Large