Everything You Need to Know About Kamala Harris 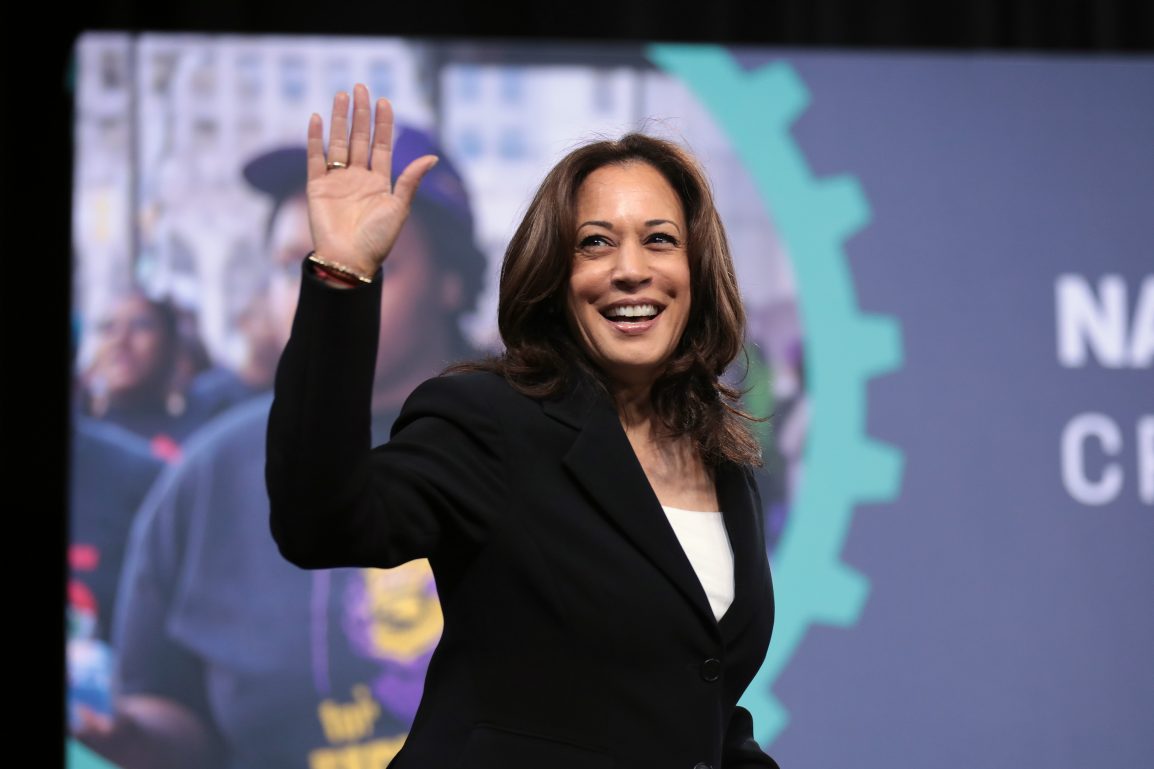 Last Tuesday, August 11, Joe Biden announced who would be his running mate for the 2020 election: Kamala Harris. Harris was a candidate for president herself in the Democratic primaries. She’s been a front-runner for Biden’s Vice President pick from the beginning. As Ronald Brownstein writes in The Atlantic, “By selecting Harris, Biden has positioned the Democratic Party for a profound generational and demographic transition.” Here’s what you need to know about her.

Back in March, Biden pledged that if he won the Democratic primary, he would pick a woman for VP. As the last few months unfolded amidst nation-wide protests for the Black Lives Matter movement, it became more and more vital for him to pick a woman of color. Enter Kamala Harris. In choosing her, Biden has placed the first ever African-American woman and Asian-American woman on a major party ticket. If Biden wins in November, Harris will be the country’s first Black VP, first Asian-American VP, and first woman VP.

Peter Beinart sums up what led Biden to this historical choice in The Atlantic: “Biden had previously vowed to choose a female running mate, and the typical vice-presidential pick is a senator or governor. Harris is the sole Black woman in either category.” She has one of the most impressive political resumes of any of the women Biden vetted for VP.

Kamala Harris is one of the most liberal U.S. senators. In fact, in 2019, she was ranked as the most liberal senator, according to the independent congressional tracker GovTrack. Those familiar with Sen. Bernie Sanders (I-Vt.) and Elizabeth Warren (D-Mass.) might be skeptical of this rating, and you’d have reason to be. This ranking only looks at the bills sponsored and co-sponsored by each lawmaker. It’s not a full picture of Harris’s politics.

One aspect of her past that has turned off many left-wing voters is her record as a prosecutor and Attorney General in California. Many progressives have accused her of being too deferential to police, refusing to prosecute cases of police misconduct. She has harmed communities of color with policies surrounding criminal justice. She also passed a law that made truancy from school a criminal misdemeanor, which placed blame on parents and harmed many families.

These are all valid criticisms of Harris’s career. However, it’s also worth noting that she has changed her stance on many issues over the past few years. She has become much more progressive. Previously staunchly opposed to the legalization of marijuana, in 2018 she co-signed Senator Corey Booker’s Marijuana Justice Act, which would legalize marijuana at the federal level. She has recently become outspoken against police brutality, and just co-sponsored a bill that would reform police policies, including banning the use of chokeholds, mandating the use of body cameras, and creating a national database with the names of officers with a pattern of misconduct. She also just introduced the Climate Equity Act alongside Alexandria Ocasio-Cortez, which is one of the three pillars of the Green New Deal.

Still, many progressives haven’t been able to forgive Harris for her record as a prosecutor.

But Niki Solis, the public defender who worked against Harris when she was San Francisco district attorney, has this to say about the now-VP-nominee: “Simply Put, Harris was the most progressive prosecutor in the state. This is not an anecdotal opinion. It is based on facts.” According to Solis, the accusations about marijuana prosecutions being harsh under Harris are inaccurate. Additionally, Harris stopped prosecuting young girls for prostitution (unlike her predecessors). She also created a program called Back on Track that still exists today. It helps young nonviolent offenders rebuild their lives rather than tumble into the never-ending cycle of incarceration.

It’s important to remember that women and people of color are often held to an unfair double standard when they pursue careers in politics.

Peter Beinart states, “As a Black woman working in law enforcement, Harris didn’t have the luxury of Sanders’s ideological purity.” Progressives would do well to remember this when harshly critiquing one of the only women of color to be successful in politics in the United States.

Kamala Harris is making history as Joe Biden’s running mate. I, for one, am excited to vote for her.

The Atlantic: Kamala Harris’s Nomination Is a Turning Point for Democrats

The Atlantic: Kamala Harris Did What She Had To

USA Today: Public Defender: I Worked with Kamala Harris. She Was the Most Progressive DA In California.

Washington Post: Is Kamala Harris Really the Most Liberal Senator, As Trump Claims?

The Scary Truth About Breast Cancer