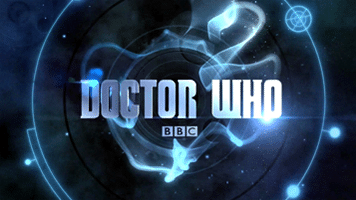 The British Broadcasting Company, or BBC, announced in July that the next Doctor on Doctor Who is going to be played by Jodie Whittaker, who will be the first woman to be cast in the role since the show began in 1963.

When this news broke, it sparked a lot of debate. Some people were downright angry that the Doctor has been cast as a woman. In all of the Doctor’s past generations, he has been a man. They did not understand why this was changed. Many blamed “social justice warriors” for convincing BBC to change the Doctor’s sex, and claimed that the show would be much worse with a female Doctor.

Others were not so convinced that this automatically spelled doom for the show, but they were also not convinced that it was a good decision. These middle-of-the-road fans’ argument seemed to be along the lines of, “If it’s not broken, don’t fix it.” Plenty of them were also wary that this meant that the shows’ creators were trying to please “social justice warriors” and that that would affect the show’s quality.

Still more fans were pleased with the news. A female Doctor is good for representation, they argued. Little girls will be able to look up to the Doctor and relate to her, like little boys have been able to do for over 50 years now. Plus, some argued, this will breathe new life into the show and take it in a direction that we have never seen before.

Personally, I’m mostly neutral, leaning towards positive, about this news. I think it’s a great opportunity for kids to see themselves in a main character who gets to be in charge and be the cool alien who knows more about the universe than practically anyone else. It will be pretty neat, because even as society has gotten better with representation of women in media, there is not much in the way of female main characters like this.

I do want to acknowledge that there are some fans who are displeased not because the Doctor is a woman, but because the Doctor is a white woman. This is a completely valid criticism. Kids of color deserve to see themselves in roles like this just like any white children. It would have been amazing if a black actress had been cast in this role, but as it is, I truly hope that white women take this leg up and use it to help women of color get on the same footing, so to speak.

Doctor Who is a legendary show at this point, and I do not think the people behind it would cast someone in the role of the Doctor just to please anyone in particular, especially if they did not have full confidence that the actor or actress could carry the role well. Maybe I’m being too trusting, but I believe we should give Jodie Whittaker’s Doctor a chance before tearing her apart. Maybe she’ll even become our favorite Doctor.

What do you think of the Doctor being a woman? Let us know in the comments below!

The Life of a Pageant Girl