Cultures Are Not Costumes 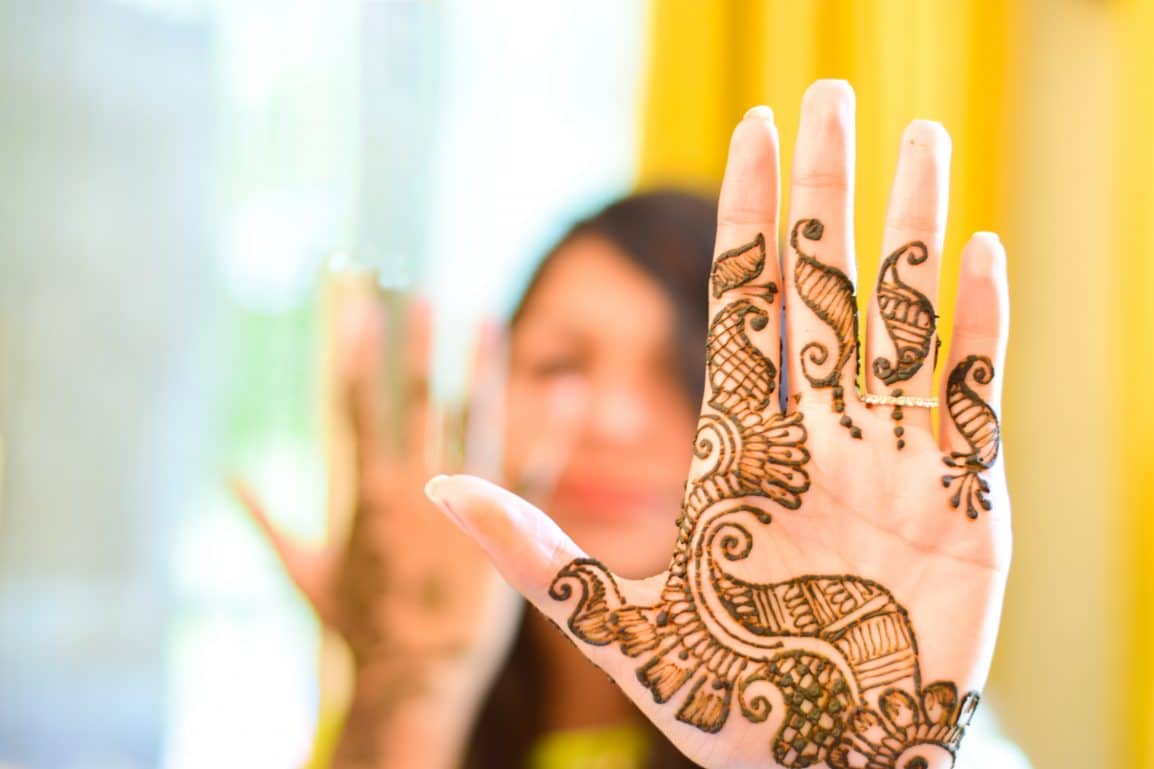 When I was six years old, I went to my first Indian wedding. It was easily the most incredible cultural experience I have ever had, and I enjoyed every second of it. But more than the lively music, mouth-watering food, and colorful clothing, Mehndi night was the best part for six-year-old me. Mehndi night is the tradition where all of the women in the wedding get together to decorate each other’s hands and feet with henna the night before the actual wedding day (If you thought a 2-hour service was long, keep in mind that Indian Weddings last around 5 days). That night, about a hundred young girls, mothers, and grandmothers gathered together in the empty wedding hall and began drawing beautiful henna designs on each other. The event went well into the night and far past my bedtime. But, I was having so much fun my mom didn’t have the heart to halt my festivities for the night. I remember bonding with two young girls over playful giggles every time a henna pen touched any of our palms.

After our henna was finished, my new friends and I admired every square inch of the intricate artwork on our hands and arms, slowly turning our hands back and forth and back and forth just in case we glanced over something the first time. In that moment, we were so proud to be Indian American girls, and we flaunted that pride through the entire wedding.

When I got back home a few days later, I was so excited to showcase the artistry on my hands and arms to all my friends. I even called my best friend to tell her I had something “super-duper cool” to show her at school on Monday. On Monday morning, I showed up to class and made a B-line straight to her. I outstretched my arms and exclaimed, “Look!” But, instead of complimenting how pretty the henna was and asking me when and where I got it done, she made the kind of face you would make when you can’t quite place where an unpleasant aroma is coming from. Then, to compliment her disgusted expression, she said “Anu, that’s so weird. Why do you have orange circle-thingies and dots all over your hands?” She yanked my arm closer to her and examined it carefully. She exclaimed “Eww it smells too! That’s disgusting.” I pulled my arm back and went over to the ‘sharing carpet’ while choking back tears. I didn’t know what to say. I was planning to tell my classmates all about the wedding and end with a showstopper: my henna. Instead, I sat on my hands and hoped no would see the “orange circle-thingies” on my arms.

I felt dejected, but more than that, I was confused. I couldn’t understand how something that could make me so incredibly proud of my Indian heritage could make me feel so incredibly embarrassed of it. I wanted no part in henna ever again. And I wondered if those two girls I met on Mehndi night were feeling the same way.
Nine years later, I have recently seen that same girl who branded the henna on my arms “weird”, “smelly”, and “disgusting” has since posted an Instagram photo displaying her new “henna tattoos” with the caption ‘#hennatattoo #trendy’. I should have been more upset looking at the post but I couldn’t be. I couldn’t be mad at her for not understanding something she had never had to deal with it and that no one explained to her.

There seems to be a blurred line between cultural appreciation and appropriation. This is especially since it differs from area to area, depending on those celebrating a culture locally versus those celebrating as part of the diaspora, and a lot of it has to do with acknowledgment. I think it becomes apparent when you’re appreciating a culture when it’s not exotified or fetishized when the person in question has attempted to fully understand the significance of what they’re doing and/or consulted with natives of that culture. Even when you assume you know the concept of a symbol thoroughly, I beg of you to know your boundaries and educate anyone who will hear it. If a person, doesn’t matter if white, black, brown, yellow, purple, etc., go to a music festival with a bindi on their face or henna on their hands because it’s “trendy” or “hipster” using henna to draw peace signs, or rainbows, or even om signs, this is not appreciation. It is a mockery and it is not okay. Relating it back to henna, henna is also a big part of many cultures. When you look at north and east Africa, you will see henna, bindis, nose rings, saris, traditions, food, and other clothing that are very similar to the Middle East and south East Asia. My general stance is that appropriation is when someone is using a culture foreign to them as a joke, accessory, or a costume. But participating in, learning about, celebrating, or exploring a cultural heritage should be encouraged! Cultures mixing can only occur when two cultures meet on an even ground and the sharing of ideas is mutual, not when one culture is spat on and the other comes by and rummages through its pockets to steal the pieces it likes.

To put it simply, a culture is not a costume for you to try on when you deem it trendy and take off when you think it otherwise. It is not something that you are permitted to mock and ridicule for years only to turn around and use it as a finishing touch on your outfit or the easiest way for people to think you’re hip. You cannot reject a culture when it is seen on its original people, but then praise it when it is seen in the adaptive group. By all means, feel free to research why Indian women wear bindis between their eyebrows and adorn themselves with henna, and then wear a bindi or get your henna done in genuine appreciation for that aspect of Indian culture. At the end of the day, I can’t just take off my culture when it isn’t convenient for me. It is not a costume for me, and it shouldn’t be one for you.

A Book Review of The Invention of Wings

The Power of Meditation