Anna Graceman: The Girl Behind the Voice

Getting to Know Anna Graceman

I recently got the opportunity to interview up-and-coming singer-songwriter Anna Graceman about life as a musician and the creation of her newly released album The Way The Night Behaves. Now if you’re not familiar with the name Anna Graceman, you’ll definitely want to check out her music after reading this article. Anna is not only an incredible singer, but also a talented songwriter, producer, and musician. Her instruments include vocals, piano, guitar, and bass and her musical inspirations include strong female vocalists such as Ann Wilson from Heart, Adele, and Amy Winehouse.

While still in her early twenties, Anna has worked hard her entire life to fulfill her dreams of being a musician. Originally from Alaska, Anna moved to Nashville as a young teenager to pursue her dream of music. Over the years, she has grown into an incredibly talented artist with an impressive array of accomplishments. Anna has performed on shows such as The Ellen Show and America’s Got Talent, had two separate Las Vegas residencies, has had her music placed on shows like Station 19, and was part of an all-female writing camp focused on writing songs for Mary J. Blige. She even recently appeared on the NBC show Songland, where she got the opportunity to pitch a song she wrote to pop star Bebe Rexha. Her song was chosen and adapted into Bebe Rexha’s new song “Miracle”.

Keep reading to see my interview with Anna and learn more about the girl behind the voice. 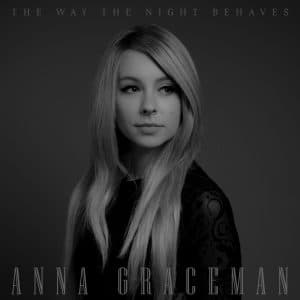 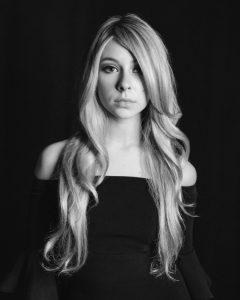 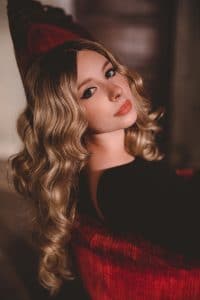 My Interview with Anna Graceman

Question: I know that you’re originally from Alaska, what was it like moving from there to Nashville? What effect did that move have on your career?

Answer: “I actually moved to Nashville specifically for music. It’s definitely Music City! Wherever you go, there’s music. In the airport, walking down the street, in the mall, etc. Living in Alaska, I’d never experienced anything like it. I’ve grown so much living here.”

Life as a Songwriter

Question: What inspired you to want to be both a singer and a songwriter? Do you think playing a major role in the songwriting and production process has helped you grow as an artist?

Answer: “Being involved in all aspects of the music has definitely helped me as an artist. I’ve been singing for as long as I can remember. My mom sings so she’s definitely the main inspiration behind my love of singing. I wrote my first song in the first grade. I’d been playing piano for a couple of years at that point but had only just discovered that I really enjoyed writing stories. That’s when I realized I could combine my love of music and my love of storytelling. From the very beginning, I’ve known that music is what I’m meant to do.”

Question: What does your songwriting process look like? Is it different each time? How big of a role do your own personal experiences play in inspiring your music?

Answer: “Each song usually starts off differently. Sometimes it’ll begin with a title or a concept, other times it’ll be a melody that I then fit lyrics into. Other times, I’ll start off with chords and build off of them. The songs I write for myself are almost always inspired by personal experiences. When I’m writing for another artist, a movie or TV show I get to step into someone else’s shoes or make up a story, but I still tend to draw from real emotions that I’ve felt.”

Question: How many songs have you either written or helped write over the course of your career? What’s your favorite song you’ve ever written and why?

Answer: “I’ve written hundreds of songs. I’ve honestly not kept track! It’s hard to pick just one favorite because there’s so many different types of songs. I do have this one song that I can confidently say is ONE of my favorites. I’m planning to release it soon and I can’t wait to share it with the world!”

Answer: “Releasing music under my own label and being an independent artist has allowed me so much creative freedom. I’m in full control of what I wanna say, write and release.”

Question: Your episode of Songland just recently aired, what was it like meeting Bebe Rexha? How does it feel knowing that she’ll be singing a song you helped write? Overall, what was your favorite part of being on Songland?

Answer: “It was surreal meeting her! Honestly, it hasn’t even sunk in yet that she’ll be releasing a song I wrote on. It was such an amazing opportunity. It’s not a normal thing to stand in front of an artist and sing them a song that you want them to cut. It was definitely nerve-racking but such an honor. My favorite part was collaborating with those incredible writers. Having looked up to Shane, Ester, Ryan, Bebe and their songs, it’s a dream come true to bounce ideas around and create together.”

Question: You’ve accomplished so many impressive things since your career began. Out of everything, what’s been the most memorable or impactful moment of your career so far?

Answer: “It’s always memorable being able to create with writers and artists that have inspired me. Writing with Shane McAnally was like a masterclass. He’s so knowledgeable and talented and he made it fun! I learned a lot from him even in just that short amount of time.”

Question: What inspired your new album? Which song off this album was your favorite to write and why? Is there anything you want fans to know about this album?

Answer: “At the beginning of 2019, I challenged myself to release a song and video every month for the year. I wanted to push myself and put music out again. I had been focusing on writing for two years. Every time I wrote a song that I connected with, I’d set it aside and make a note of it. Each song on this album went through its own unique process of being written. I enjoyed writing every single one.”

Question: You’re about to release the music video for your new song “Night Follows” next week, what was the inspiration behind the song and how did you work to portray that in the music video?

Answer: “In December of 2018, I was carjacked at gunpoint. Only two months before that, I had witnessed a shooting. To this day, I’m still working through things. Writing “Night Follows” has helped me so much. It actually took me around a year to write. I knew I wanted to write about this life changing experience and yet every time I sat down to write about it, I couldn’t. Nothing I wrote truly expressed how I felt. Until I came up with the idea for “Night Follows”. Because of what I went through, I suffer from PTSD. I wanted to tell my story in a way that was personal to me but in a way that other people could connect with it. “Night Follows” is a metaphor for the anxiety, fear, past experiences, etc. that follow us around. I wanted that metaphor to be represented in the video as well. It’s artistic and subtle but it hints at the emotional trauma I’ve experienced and that I continue to work through.”

Anna’s Message to Her Fans

Question: How important is it to you that your music resonates with listeners? Is there anything you’d like to say to your fans and to the people who have supported you since the very beginning?

Answer: “To the people who have supported me from the very beginning, THANK YOU! Because of you I’m able to do what I love. Music is just something that’s always flowed out of me and I never would’ve dreamed that so much could come from it. I’ve always been vulnerable in my music and it isn’t always easy to share those songs with people but I do, because I want to connect. The music I release varies. I have songs you can dance to, songs to cry to but music has helped me so much in my life. I just hope that my songs can help others too.”

Ways to Learn More About Anna and Her Music

If you want to learn more about Anna and support her musical journey, make sure to check out her new album The Way The Night Behaves and her latest music video for her song “Night Follows”.

To listen to Anna’s new album The Way The Night Behaves, visit: https://smarturl.it/AnnaGraceman