Three Channels on YouTube That Educate on Racism Against Black People 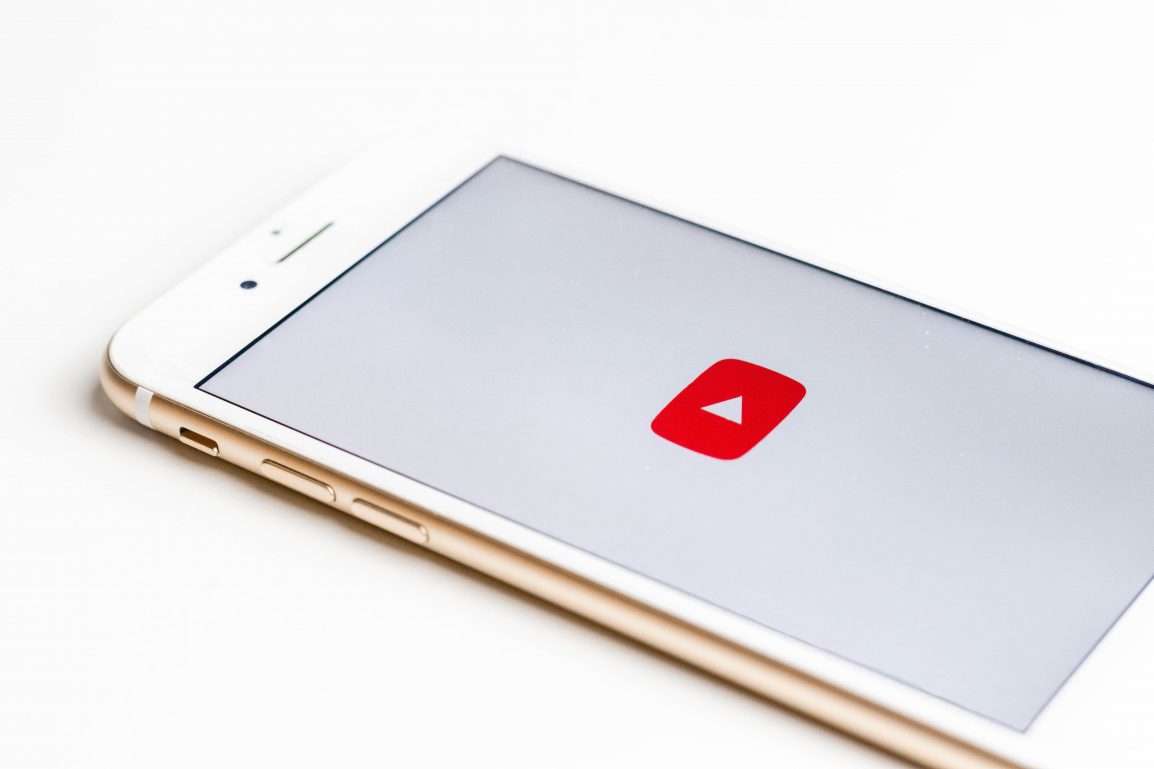 The Black Lives Matter movement has introduced a catalytic wave across the world. So many systemic issues within the U.S. have been on display for those fortunate enough to be ignorant. Many might find themselves unaware of the injustices that are being highlighted. Those who are just now learning about these issues shouldn’t be ridiculed, but encouraged to learn more. It can sometimes be overwhelming to find resources when there are so many to choose from. I am going to talk about four YouTube channels that have helped me understand aspects of racism, and share my strategy of making sure I am able to contextualize, analyze, and synthesize the information I receive. I am also going to highlight one video from each channel that can hopefully help you as well.

While there is no possible way to cover the history of the world in its entirety, context is everything, and without it you are doomed if you are trying to understand racism.

While we all know that slavery is really what got the wheels of racism turning in America, it is important to learn how this started and how it led to the world we live in now. Existing in ancient civilizations, slavery has been around for a pretty long time to say the least. From slavery in ancient Rome and Egypt to the rise of serfdom in Europe, slavery has many forms. It was not until the Atlantic slave trade that slavery became about race.

TED-Ed is an excellent resource to use in both your free-time and in school. These short, jam-packed videos contain important information and can be a helpful resource that coincides with what you might have learned in class. From science to history, TED-Ed covers many topics. In this case, there is a video about the Atlantic slave trade which is an event crucial to the understanding of racism toward people of color.

In this video, the Atlantic slave trade is explained in great detail. To fully understand why it is so important, the first step is to learn what it was and what it caused. Here is my explanation that can hopefully help to both summarize the video, and add context:

In the 1400s, The Portuguese, in an age of exploration, visited Africa in order to expand their trade system, and fast-track their economy. The Kingdoms that they visited agreed to trade slaves for things like weapons and manufactured goods. This was not the first account of African slaves, as this had been going on for centuries. However, this trade deal changed everything when it expanded to the Americas. As the Spanish conquered land in central America, there was high demand for more workers in the fields. Therefore, the Spanish traded slaves as well. While many of you might know this, this is more monumental than it might come across in your history classes. While there were white slaves coming to the Americas, they had not been exposed to a tropical climate that the Africans had lived in for centuries. This meant that many white slaves died while the Africans were immune to diseases found in the environment. In addition, the action of Spanish and Portuguese Christians enslaving people and taking away their once coveted, Christian equality contradicted their beliefs. Therefore, they had to come up with a reason why they were enslaving these particular people. Through the teachings of Aristotle and the Bible, there were available loopholes found by Christians, enabling them “justify” their actions. They also came up with the idea that black people were inferior in a inexplicable, biological way (again, thanks to Aristotle). This idea is somehow still alive today. This is the event that introduced racism to the Americas.

I believe the majority of people reading this have either heard of or used CrashCourse before. It is a very popular channel that like TED-Ed focuses on many different educational subjects. Specifically, CrashCourse has a series for both U.S. history and world history that give great context to the modern world and how it came to be. There are videos covering slavery, the civil rights movement, and the Atlantic slave trade as well. They also have a sociology series that covers racial and ethnic prejudice, race and ethnicity, and conflict stemmed from race. These are all great videos, but today I will be talking about the U.S. history series and its coverage on reconstruction after the civil war.

You may be wondering why I am somewhat skipping over the Civil War. This is because there is just so much information on the Civil War that I don’t believe I can successfully cover the events in this article alone. Therefore, I would like to focus on the effects and aftermath associated with it.

In this video, the Reconstruction after the civil war is discussed. While things were better for the former slaves as many were given more rights and even in elected offices in the government, this did not last. Additionally, the Emancipation Proclamation did indeed free slaves, but it also enslaved them in a different manner. They were let go and the Southern economy essentially shattered. Aggression toward newly freed slaves left there to be mass murders of former slaves and a general nonexistence of safety for them. In fact, the KKK was created during this time. Additionally, the reconstruction fell apart when Rutherford B. Hayes was elected, and his administration allowed southern states the right to essentially do what they want when it came to government: therefore allowing the rights of black people to be demolished. This is how Jim Crow laws were established, and what led to the civil rights movement in the 1960s. It is important to not covet the civil war as ending slavery. While it abolished it in law, it did not abolish it in practice.

You cannot talk about racism without talking about the Civil Rights movement in the 1960s, so I had to include two videos from CrashCourse. However, like the Civil War, it is extremely difficult to cover all that happened during this period in just one article, so I will try to talk about the effects of this time period as well.

From protest against separate but equal education to Jim Crow laws to unequal treatment of Black people overall, this was a time of necessary discourse. Leaders like Martin Luther King Jr. and Malcolm X helped unite black America and encouraged them to fight for their rights. While this is a broad summary of the movement, the effects really led to modern America as we know it. The passing of the Civil Rights Act of 1964 was a catalyst of hope for those discriminated against as well as the Voting Rights Act of 1965. While these were a step forward, there was still discrimination within communities. It was in the 1960s and on that defined modern America. The justice system, housing, education, and workplace were (and still are) places that discrimination thrived. This further instilled a systemic occurrence of poverty in black communities and led to the existence of Black Power and a strong sense of pride in black culture. To learn more about modern America, this leads me to the next step in educating yourself on racism.

Like historical context, understanding the modern ways racism can be woven through our society is crucial. The Black Lives Matter movement is going to be in history books, so learning about it right now is the way to truly know what has happened during this time. There are many articles on the GirlSpring website covering the Black Lives Matter movement that I recommend checking out to learn more about its message and purpose. There are many reasons it is taking place, and the channels I am about to talk about cover specifics of racism that occur in today’s culture.

The Take is a channel that analyzes different films and tv shows.  There are many videos that highlight the different archetypes and tropes used in Hollywood that are offensive. In particular, this video talks about the white savior trope seen incredibly often in films of the 21st century.

This video made me completely rethink the movies that have been so highly praised in our culture. I have known about the white savior phenomenon for a while, but I din’t make a connection when it came to these movies. Movies like The Help and The Blind Side are both videos that I loved when I saw them, but this video completely changed my mind about them. While many of these movies have good intentions, they still hold a sense of racism in a subtle form. The video explains that many of the movies introduce a white person whose mission is to “save” black characters from the peril of racism or prejudice they are burdened with. Instead of focusing on powerful black characters, the viewers are led to see heroism from the white character rather than the black character. The video also touches on the juxtaposition of these films to other films that do not do this. For example, BlacKkKlansman leaves viewers uncomfortable, challenged, and filled with a sense of duty to go against a system of oppression. But the other movies mentioned leave viewers proud of what has been accomplished and filled with an almost false sense of hope. Not to mention that BlacKkKlansman was directed by Spike Lee, a black director, and the other films were majority white-run.

Additionally, CrashCourse’s Sociology videos, as mentioned before, are amazing sources for defining modern ways of racism. They give definitions of terms heard today that you might not know of. Here are some that can help you understand racism today:

Step #3: What are the takeaways?

This step is arguably the most important one. After learning about all of this, what can I do to put my knowledge into practice?First off, where am I in all of this? Are my ancestors those slaves brought over the Atlantic like cargo? Or are my ancestors the ones that brought them over? Being the latter, I can say I will never be able to understand what being black in America is like. I am privileged not knowing what it’s like. So, what steps can I take to help the Black Lives Matter movement? What are some ways I can support the black community? There are many articles on the GirlSpring website covering how you can help progress the movement, and how you can do your part in all of this.

Well, we have learned a lot. Clearly these videos shouldn’t be all you know, but it’s a pretty good baseline. Of course, no one truly knows about racism unless they are the one being targeted. But hopefully this can educate everyone in some capacity. Clearly racism is deep-rooted in our society. Today we are progressing the mission of stopping it. As the late John Lewis said, “If you see something not right, not fair, not just, you have a moral obligation to do something about it.”

Here are some articles on our website including ways to help out during this movement:

How To Start Conversations About the Black Lives Matter Movement

What Happened in Beirut?