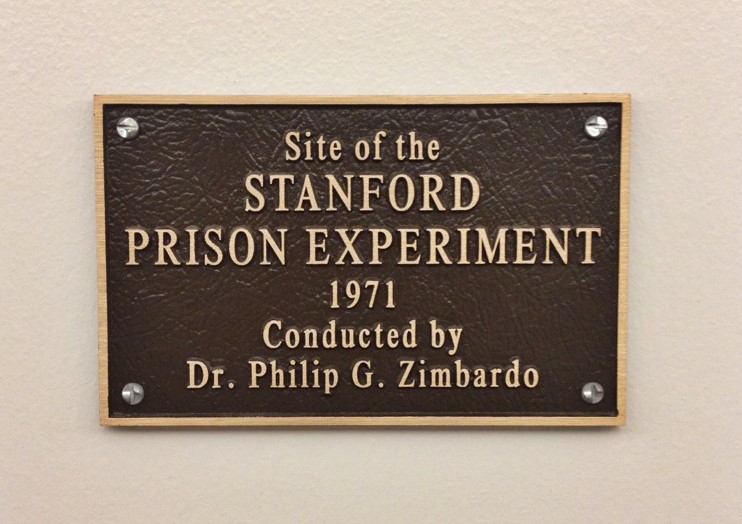 The Stanford Prison Experiment has become popular for many reasons. From the lack of ethical aspects, the events that took hold, the lack of evidence for the conductor’s claim, and most of all, the more recent release of tapes recorded during it, the infamous experiment is talked about nationwide in psychology classes for the horrendous events that took place.

The Stanford Prison Experiment was a psychological experiment conducted by Stanford psychology professor Philip Zimbardo in the basement of the psychology department at Stanford University in August of 1971. This event is infamous around the world for the horrific events that took place in their makeshift prison below the prestigious university.

Philip and his team marketed the experiment as an easy job where you get paid $15 dollars a day. The experiment was to last from the 14th to the 21st. After a little while, they collected 70 possible participants. Zimbardo and his team then interviewed everyone to see who would be able to take part in the experiment best. They wanted to see who was the most psychological, mental, emotional, and physically stable out of the group. In the end, they picked 18 participants. 9 were randomly chosen to be the guards which made the other 9 randomly assigned prisoners; all decided by the flip of a coin.

On an August morning, the Palo Alto police went to arrest 9 Stanford students, or in other words, to start the experiment. The boys were read their rights then proceeded to be handcuffed and put in the back of a patrol car and they made their way to the makeshift Stanford prison.

Professor Zimbardo and his crew wanted the boys to believe that they were their titles of prisoners/criminals. He wanted the guards to feel empowered and entitled, and the prisoners to be embarrassed, humiliated, belittled, and uncared for. To make this unconscious effect take a stronger hold, he gave the fake guards a uniform, a badge, a baton, and most important, glasses with a lens too dark to see their eyes. The prisoners, who were only allowed to be called by their prison assigned numbers, were dressed in a loose gown with no underclothes, had a tight nylon cap, and a chain around an ankle.

The experiment, which was originally supposed to last two weeks, only went on for 6 days. This begs the question, “why?”. The experiment ended for many reasons, but the main reason was its lack of ethics.

In psychological experiments today, there are many requirements to going through with it, and ethics is a huge part of making the experiment happen. There are consent forms where the team and conductor must state the purpose of the study, the duration, any potential risks/discomfort/effects the participant may have induced, and finally, the participant must be allowed to withdraw. The Stanford Prison Experiment did have a consent form which permitted them to “only be released from participation for reasons of health deemed adequate by the medical advisers to the research project or for other reasons deemed appropriate by Dr. Philip Zimbardo”. Although half of the prisoners were released early because of “severe emotional or cognitive reactions” (Stanford Prison Experiment), and one guard even considered leaving, the psychological manipulation and reinforcement of being a prisoner and there being no way out seemed to make some become confused about their rights.

Simply put, the Stanford Prison Experiment did a very poor job with its ethical practices. Soon after the experiment began, the prisoners, began to joke around and test their newfound life as prisoners. It was not long before the guards became less like prestigious Stanford students playing a role, but now abusive and tormenting prison guards with an incredible lack of empathy. As stated previously, they would only refer to the prisoners by their numbers, a psychological way of disassociating them as human beings. They also began to torture them through excessive exercise and by preventing them from falling asleep, resulting in extreme sleep deprivation. One prisoner, number 416, went on a hunger strike which resulted in him being thrown in solitary confinement, or “the hole”, for three hours when the maximum was supposed to be one.

After six days, and many events that took hold in between, the experiment was finally terminated. Professor Zimbardo’s girlfriend, Christina Maslach, knew of the study and was curious to see how it was going. She was a past student of Zimbardo when she got her Ph.D. at Stanford University. When she arrived at the makeshift prison and watched the security tapes of the terrible events that took hold, she told Zimbardo that he must stop the experiment because the abuse had already gone too far and was only getting worse. Eventually, she convinced him, and the experiment was concluded.

The day after all of the guards and prisoners were released, the prison was shut down and the things that made up the fake prison were taken out of the Stanford psychology department. Zimbardo soon began to collect all of the data and make sense of the events.

After a few months, prisoner 416 released this statement about his time in the experiment and in “the hole”.

Zimbardo set out to prove his hypothesis of human nature’s ability to turn evil based on their circumstances of power, but some people question the legitimacy of the Stanford Prison Experiment as recordings prior to the experiment got out to the public. In these tapes, Professor Zimbardo is ‘coaching’ the guards by telling them to “elicit tough behavior” and to “create fear in them”. With this instruction, the guards’ initial response had now been tampered with as we do not truly know if they would have done the abusive acts with this direction or not. In addition to this false proof, a student, who was the son of a Stanford engineering professor, named Dave Eshleman took a harsh approach to his role as a prison guard. He decided to do this experiment by playing a role through a different persona in the same way an actor would play a character. In an interview with BBC, he stated that “I kept looking for the limits – at what point would they stop me and say ‘No, this is only an experiment and I have had enough,’ but I don’t think I ever reached that point” (Leithead).

The experiment is very horrendous but so intriguing. It says a lot about society, expectations, peer pressure, conformity, ethics, and empathy. Below are resources with more information about the events that took place.

Smith, J. (2019, April 25). The day-by-day breakdown of what happened during the stanford prison experiment. Ranker. Retrieved November 22, 2021, from https://www.ranker.com/list/stanford-prison-experiment-timeline/jodi-smith.

Quiz: How Healthy is Your Relationship?

The Kyle Rittenhouse Verdict has Everything to do with Race