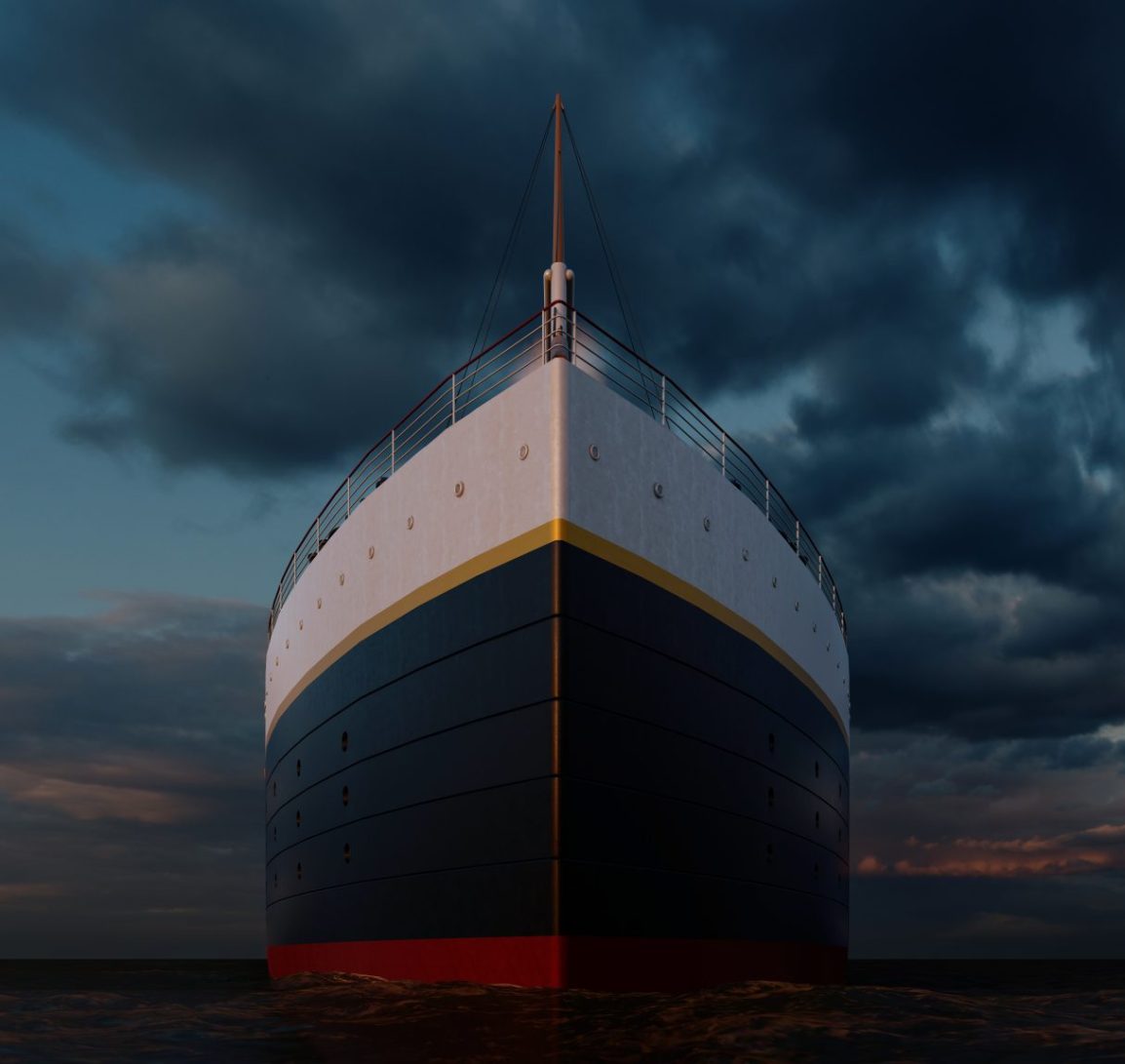 The Titanic is a very renowned story about the survivor Rose DeWitt Bukater. But Rose wasn’t the only survivor, Violet Jessop had lived it and survived it as well; and this is the second part of the story.

“Gently, Titanic disengaged herself from the side of the dock, and we here off on a soft April day.. Who could foretell whether it would be farce, sweet comedy, or tragedy.”

It would be a tragedy indeed. For the night of April 14, just as Violet was turning into her bunker for the night, a thunderous sound rang through the ship. Violet was shocked, the ship went deathly quiet as she turned to her roommate, Anne, who whispered in a calming voice “sounds as if something has happened”. To which Violet responded with delightful laughter. In her memoirs, Violet recalls that it wasn’t till she was strapped in a light jacket aboard a lifeboat that she released the severity of the situation on board. “For a fraction of a second, my heart stood still as is often the case when faith, hitherto unshaken faith, gets its first setback.” It appears that everyone on board had thought it was some joke, that this unsinkable ship was indeed going down! This event would traumatize Violet, as she lost many of her closest friends that horrible night. Even so, Violet had to keep working(a girl boss must be boss onward- haha not gonna go in just funny).

The Britannic was advertised as the Titanic’s upgrade, a one-up in every way. It had private guest bathrooms, a gym, a double skinned hull and a watertight bulkhead, the dividing wall between compartments to prevent sinking for 2 hours. By the time Violet came to work on the Britannic, it had been turned into a hospital ship for WW1, so she was in its employment as a nurse.

The Escape from Britannic

One day, as she was down in the cantine fixing her sickly roommate something to eat. Then, as luck would have it, the ship struck an unidentified German mine. As the ship shook, soldiers were running, jumping over tables ready for battle. Violet, however, was eerily calm. She carried the food back to her room in search of her roommate who followed suit with the others evacuating. Then she remembered how on the lifeboat after the sinking of the Titanic she wished to have a toothbrush, bible and a clock, and so she picked those items up.  Lastly hopped on a lifeboat, thankful to be secure. Violet then started to take in her surroundings. The caption of the Britannic, Iceberg Charlie, had sped up the propeller. He thought it intelligent to try and gun it for land! The propeller was pulling in the lifeboats with a strong current cutting through anyone and anything that got in its way. Unfortunately, the boat Violet occupied was also being dropped in the water. Violet, who was not capable of swimming, had only two options; remain in the boat, or jump overboard. In the boat and water, she would be pulled towards the propeller. Violet, however, was resilient. She promptly jumped off the boat and sank into the chilling ocean. She later recalled the moment in her memoirs; “I felt myself rising and my head came into violent contact with something solid- my brain shook like a solid body in a bottle of liquid”. As expected, of course, Violet Jessop prevailed! She was found face up floating in the water by a rescue ship. Thankfully, there were only 30 deaths, the ship’s front haul had taken the whole blow, sinking in 55 minutes.

Violet, or Miss Unsinkable, having lived through these tragedies, went on to do more work with White Star. She lived a peaceful life of 80 years. Her later life was spent writing and publishing her memoirs. She remarks that nothing too interesting perceived her in her dying years; other than a mysterious phone call from a grown woman, who had been a child when Violet saved her on the Titanic and returned her to her mother, who said “I was that baby” and hung up.

What is Happening to Young Female Athletes?