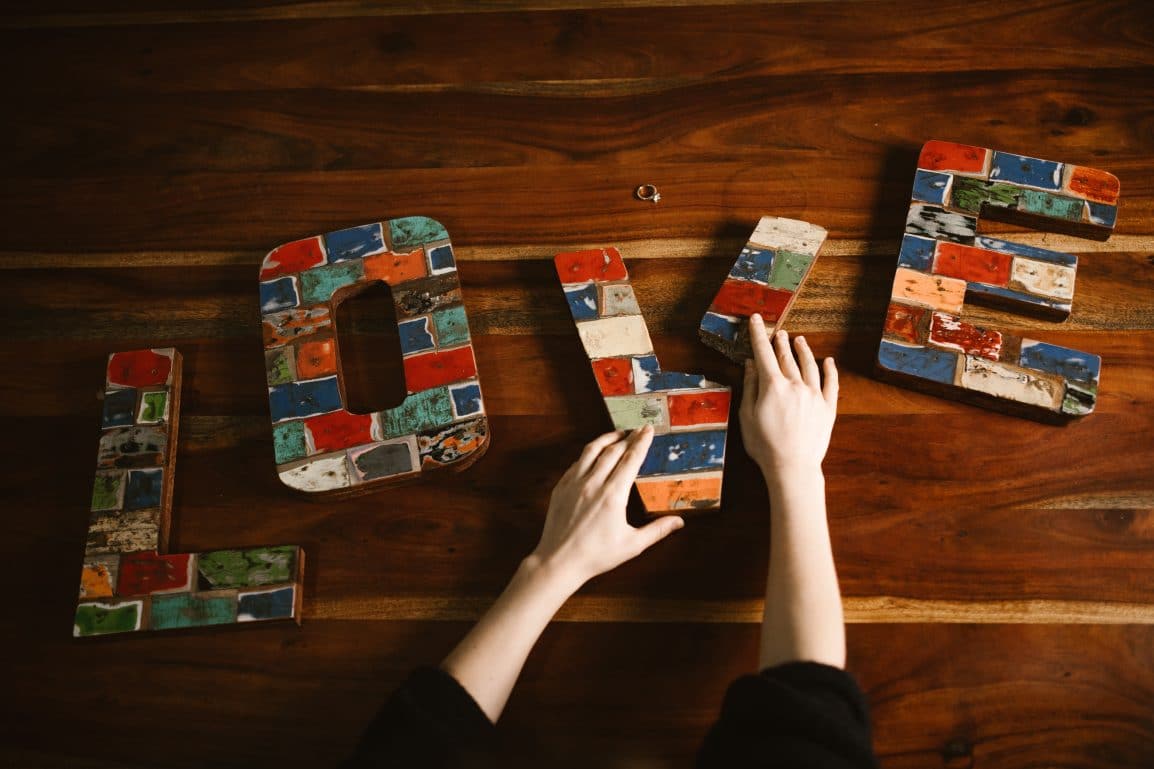 If I could go back in time, I would tell myself to not rush anything; especially love. Coming from a very,very broken family, I quickly found trust issues within myself upon entering my first relationship. I found traumas that had been hidden behind my walls for years; waiting to come out and pounce on my relationship. Up until my first relationship, I was totally and completely blinded to the traumas that laid within me. It is almost impossible to see the childhood traumas that dwell inside so many of us until we give them the opportunity to flourish; we just don’t realize it.

It was a cold, overcast evening in Kennesaw, GA when I met my high school sweetheart. I was in the 8th grade at our high school football game, and, surrounded by all of my friends, I was introduced to a boy I had no idea would end up meaning so much to me. And the crazy part? We are still together at almost 23 years old. It is so funny saying that with no extra context. “We have been together almost 9 years”. However, those simple, beautiful words don’t at all describe the 9 years it took for us to get to where we are today.

Of course, like most relationships, Jackson and I started in the honeymoon phase. Two 14 year olds who thought they had it all figured out and were going to take over the world together, forever. However, as soon as we hit high school, those fantasies quickly subsided. Now there was drama, competition, gossip, arguments and everything in between. Suddenly it seemed as though the world was trying just about everything to break us up. I didn’t realize it at the time, but my trust issues and insecurities given to me throughout my childhood were being taken out on my boyfriend each and everyday. He grew tired. I was living as the victim of my own life. With a few bumps in the road, we arrived at the beginning of senior year. Little did I know, what I thought would be the best year of my life so far, turned out to be the worst.

Like many of you, I had a circle of close girlfriends in high school; one of which I considered to be my very best friend. Unfortunately, I realized about a month into my senior year after my boyfriend and I broke up that she wasn’t much of a friend. I can remember sitting on my bed crying to her for hours at a time about my ending relationship. I was heartbroken. She would sleep at my house on school nights, and we would ride together to school the next morning. We were always together! We went on trips and adventures together as if we were sisters. She would never hurt me, or so I thought.

Coming to the realization that the girl who I considered to be my absolute best friend- my rock- was betraying me, actually hurt worse than the breakup I was going through. It started by her changing his name in her phone and hanging out with him in secret. But, after I found out, confronted her and ended our friendship, it turned into her suddenly being his biggest fan at the varsity football and baseball games. It turned into seeing them walking the school hallways together; always laughing and cutting up. It turned into rumors circling and spinning throughout the school. It turned into my best friend dating my ex-boyfriend of 4 years. The boy I was convinced I was going to marry. It turned into senior prom being one of the hardest nights of my life; praying to God that my makeup was super glued onto my face so as to not wash away by the tears I was trying so hard to hold in.

I missed out on a lot of “lasts” my senior year due to the fact that I simply couldn’t stand to see it. Many mornings I would text my parents an excuse like I didn’t feel well or I had a migraine so they understood I wouldn’t be going to school that day. I was mentally and physically absent from my own life that year. So many people would tell me “you’re going to laugh about this one day” or “one day this is all going to make since”. And honestly? Those words used to absolutely boil my blood. How on earth would I ever laugh about this? Why would I?

Drum roll please. I do, infact, laugh. At the ripe age of 22 years old I do find myself now laughing at the things that used to seem like the end of the world for me. Yes, what I was going through was hard, and it wasn’t fair! But, I was growing so much more during that year then I even realized! I turned into a girl who had had her heart broken, and once I healed I became invincible. And I want you to know that the same is true for you, friend. You may be hurting right now. The girls you considered your friends may not be the best of friends after all. This all might seem like the end of the world right now, but it isn’t!

After being broken up for a year and a half and making my way to the University of Alabama for college, I received a text the size of a small chapter book to my phone one evening. It was from him. My heart sank. A year and a half of not speaking to each other and thinking that he was totally and completely over me. But, boy was I wrong. You see, we had been dating since we were 13 years old; we didn’t know anything else. And, more than that, we were dating during the most critical years of self-growth. Breaking up, however, we both found ourselves. I knew who I was without him, and I loved her. The 17 year old boy who broke my heart was now forming into a young man, one that seemed so much different than the boy I once knew.

After countless hours on the phone and a few visits, we decided to give the relationship a fresh start. A clean slate. And can I tell you, I am so happy that we did. Since then we have overcome long distance, the death of his father, my sister being diagnosed with cancer, school transfers and everything you could possibly imagine in between. But, because we know life without each other, we have always chosen to stay.

Friend, you may be going through a difficult time. Maybe you thought he was the boy you were going to marry one day. Your heart may be broken. It seems like the end of the world right now. It’s okay to feel those feelings and allow yourself to grieve over the life you thought you were going to have. But, allow me to say that the life that is in store is going to be so much sweeter. I am a completely different girl than I was in high school, and you will be too. You just can’t see that yet. The day you decide to love yourself and live your life for yourself is the day that the world as you know it changes for the better. High school is hard and it is filled with people who are going to hurt you and create hardships in your life, but high school ends. And when it does, you are walking into a brand new world! As cliche as it sounds, trust that if it’s meant to be it will be.

How to Contribute to the World Post-Pandemic