The Fight for the Noblest Democracy: Women’s Suffrage in Alabama 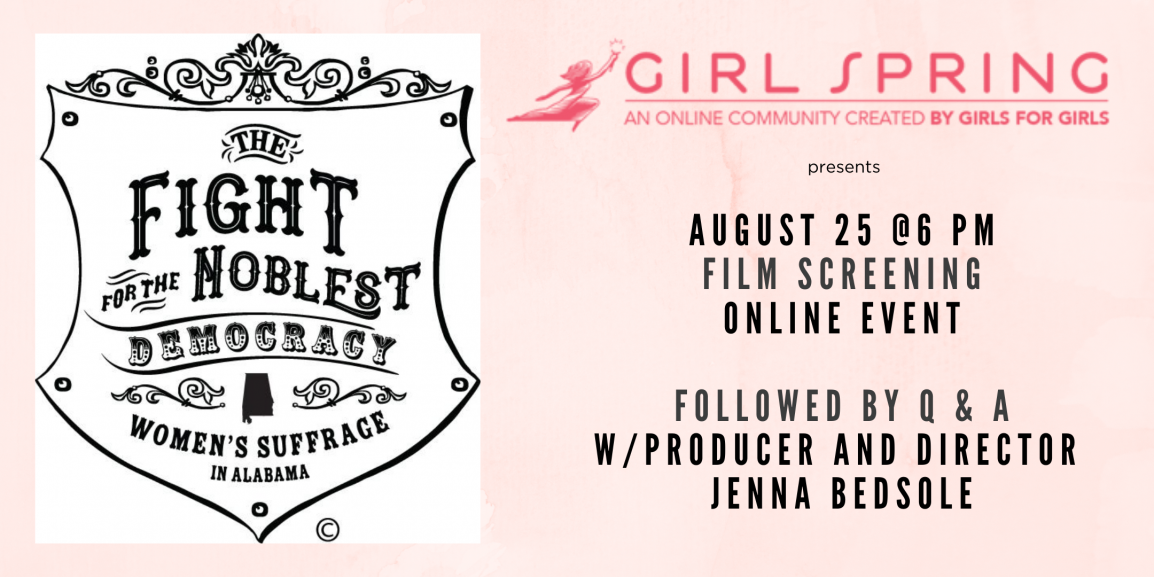 Join us on August 25 at 6 pm for online film and discussion with director and producer Jenna Bedsole. RSVP here, https://www.eventbrite.com/e/film-the-fight-for-the-noblest-democracy-womens-suffrage-in-alabama-tickets-115433716353

The Fight for the Noblest Democracy: Women’s Suffrage in Alabama documents the story of suffrage in Alabama, as part of the greater overall suffrage movement leading to the ratification of the 19th amendment in 1920. This short film highlights the women who fought for the right to vote, presents some historical figures who argued against it, as well as those who would still have much to fight for after 1920.

Seven Songs for your Back to School Playlist