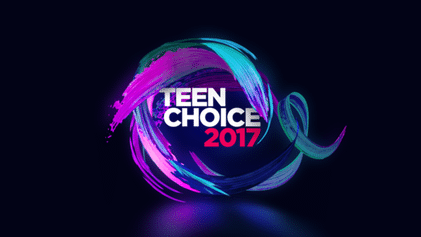 The Teen Choice Awards are this Sunday, August 13, 2017, and it has got people buzzing.

First of all, the awards will be hosted by John Cena and Victoria Justice. John Cena is known for wrestling, rapping, and acting. John Cena’s most prominent recent role is in the upcoming movie Ferdinand as the titular character, Ferdinand the bull. He is joined in that movie by Ghostbusters and Saturday Night Live star Kate McKinnon, lead actress from Jane the Virgin Gina Rodriguez, and Hamilton’s Daveed Diggs, among many other stars. Victoria Justice is a singer and actress, and is probably most well-known for her starring role in the Nickelodeon show Victorious. Most recently, Victoria Justice has been in a film called The Outcasts, which also features Avan Jogia, Eden Sher, and Claudia Lee, among others.

Already the awards seem to be great, just from the hosts. In addition, former One Direction member Louis Tomlinson will be performing his new single Back To You, which features Bebe Rexha, who you may know from David Guetta’s song Hey Mama, G-Eazy’s song Me, Myself, & I, or Cash Cash’s song Take Me Home, along with other original songs.

Louis Tomlinson and Bebe Rexha are not the only performers, however. Clean Bandit, whose song Rather Be was super popular last year, will be performing Rockabye and Symphony, the latter of which will feature Zara Larrson, a Swedish singer-songwriter.

This year, as always, there will be plenty of celebrities presenting awards as well. Among them will be Lucy Hale, the actress who brought Aria Montgomery to life on Pretty Little Liars; Chris Pratt, who plays Peter Quill or Star-Lord in the Guardians of the Galaxy movies; Tyler Posey, the leading actor on Teen Wolf who plays Scott McCall; the cast of Riverdale (need I say more?); Janel Parrish, who you may remember as Mona Vanderwaal on Pretty Little Liars; Yara Shahidi, or Zoey Johnson from Black-ish; and so many other great celebrities.

This year is different from others due to new categories having been added to the list. My personal favorite is “Choice Changemaker.” Each celebrity nominated has done their best to change the world. For example, Rowan Blanchard is an outspoken feminist and human rights activist. Shailene Woodley, another actress nominated in the category, is a huge environmental activist and protested the Dakota Access Pipeline last year. The other celebs in the category (Ian Somerhalder, Yara Shahidi, Selena Gomez, and Ariana Grande) are great philanthropists as well. It is important to acknowledge people who are trying to make change and to encourage it if it is change you believe in, so it’s wonderful that they are doing that with this award.

The Teen Choice Awards is always a fun awards show to watch, whether you know who all these people are or not, so don’t forget to tune in Sunday night.

Are you going to watch the Teen Choice Awards? Leave a comment below with who you hope wins what category!

This Shero Went From Being a Harvard Basketball Graduate to a White House Reporter!