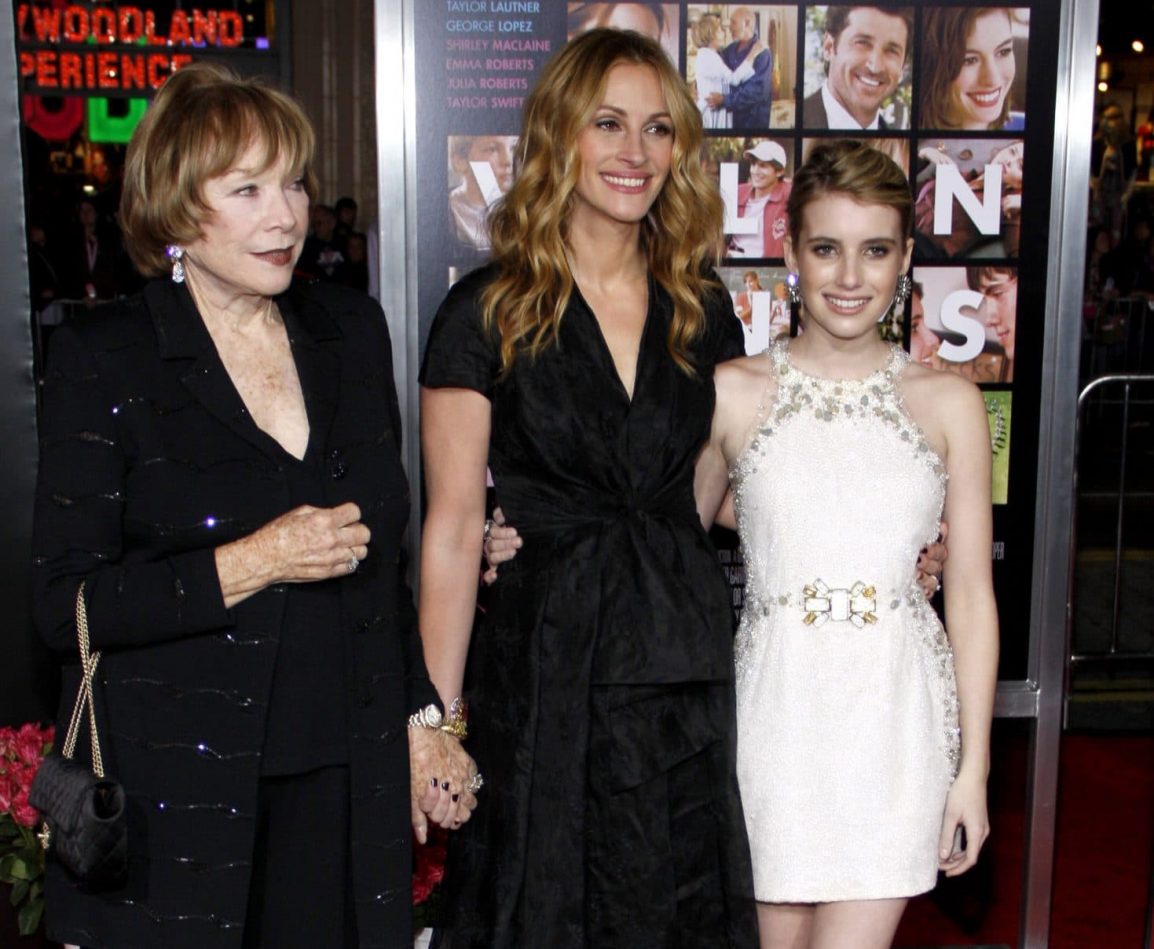 *This article contains spoilers of the 1989 movie Steel Magnolias.

Dolly Parton, Sally Field, Shirley Mclaine, Julia Roberts, Daryl Hannah, and Olympia Dukakis: These six women came together and created one of the most beloved movies of all time, Steel Magnolias. Steel Magnolias also happens to be my favorite movie. This heartwarming, yet tragic story of six friends helping each other fight through tough times makes me happy.

Dolly Parton plays Truvy, a hairdresser who is having marital problems. When Truvy needs a new employee for her salon, Annelle (Daryl Hannah), is sent from the trade school to work with her. Later in the movie, we find out that Annelle is also having problems in her marriage, and that her husband may be a criminal. Olympia Dukakis plays Clairee, a newly widowed woman who is coping with her husband’s death. Clairee’s best friend, Ouiser (Shirley Mclaine), is a bitter woman with two bad ex-husbands and four ungrateful children. The story’s main character, M’Lynn (Sally Field), is saddened by the wedding of her diabetic daughter, Shelby (Julia Roberts).

As the movie goes on, M’Lynn watches Shelby’s health decline and sees her daughter pass away at the end of the film. Throughout this movie, these women constantly help each other through hard times and hold each other up when they face problems. In the first 30 minutes of the movie, Truvy helps Annelle find a new boyfriend, Shelby reminds Clairee that there are still good things ahead despite her husband passing and the other women help Shelby through a scary seizure. Trust me, this movie is packed full of women lifting other women.

One of the biggest showcases of female unity is the scene where Shelby announces that she is pregnant. Most people are thrilled, but M’Lynn is not. She knows that having this child could kill Shelby because of her diabetes. Instead of celebrating as everyone else does, Clairee, Truvy, Ousier, and Anelle rally around M’Lynn to assure her that everything will be okay. Shelby later has the baby and survives.

Steel Magnolias lives in a happy place right until the last 20 minutes.

In the last part of the movie, we find out that having a child put Shelby in very bad health and she must have a kidney transplant. When M’Lynn announces that she is going to give Shelby a kidney, the other women come together and help Shelby and M’Lynn through. We even get to see a scene of Truvy, Clairee, and Ousier in the hospital’s waiting room during the kidney operation. However, Shelby’s body rejects the kidney soon after and she ends up in a coma. After a montage of M’Lynn never leaving her daughter’s side for days on end, we see the doctors pull the plugs on the machines. M’Lynn has just watched her daughter die and her friends are always around to help her.

The next scenes are the end of Shelby’s funeral. Truvy, Clairee, Ouiser, and Annelle stay after with M’Lynn to support her. M’Lynn finally breaks down and this is when we really see her grieve the loss of her daughter. This is also when we see the other women support her the most. As M’Lynn cries, screams, and mourns, her friends never leave her side. They talk her through her emotions until they finally realize that the best medicine is laughter. After a very comedic exchange between Ousier and Clairee, all of the ladies start laughing hysterically and finally say goodbye to Shelby. At the very end, M’Lynn has come to terms with Shelby’s passing and she, with the help of her friends, decides to move on because “that is what Shelby would have wanted.”

Steel Magnolias is a tragic comedy that takes you on a rollercoaster of emotions. In the end, it’s a great movie with a wonderful message on female unity and the importance of supportive friendships. It will forever remain as one of my absolute favorite movies.