Nevada elected the first Latina senator in US history.

Catherine Cortez Masto defeated Republican Joe Heck in the race for the Nevada Senate seat. She’s the first Latina senator in US history. She’s a former Nevada attorney general and granddaughter of a Mexican immigrant. Her campaign was focused on an immigration overhaul and future Supreme Court picks. 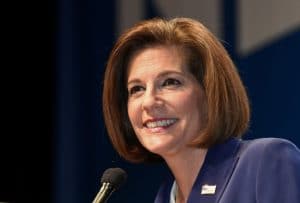 California elected the first Indian-American to serve in the US Senate.

California’s Attorney General Kamala Harris defeated a fellow Democrat by a little more than a third the vote and was backed by both President Obama and Vice President Biden. She’s mixed race, born to an Indian mother and a Jamaican-American father. She’s now the first black US senator from California, second black woman to serve as senator, and first Indian-American senator. 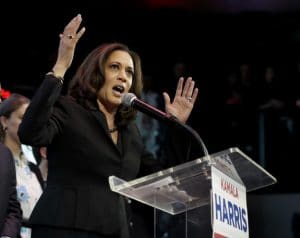 Stephanie Murphy was also endorsed by both Obama and Biden, along with the Human Rights Campaign. She’s the daughter of Vietnamese refugees and immigrated to the US when she was 1 year old. She defeated a 23-year Republican incumbent and is now the first Vietnamese-American woman to grab a spot in Congress. 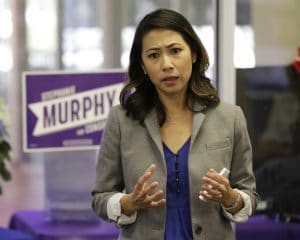 Oregon is the first state to elect an openly LGBT governor. Kate Brown stepped in as governor of Oregon back in 2015, after the previous governor stepped down. But Brown properly ran this year, and won, becoming the first openly LGBT person to win a gubernatorial election. Brown was outed by The Oregonian for being bisexual in mid-90s. She’s currently married with two stepchildren. 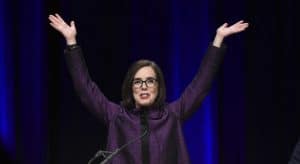 Washington elected the first Indian-American woman to hold a seat in the US House of Representatives.

Washington’s Pramila Jayapal is the first Indian-American woman to hold a seat in the House of Representatives. Jayapal defeated a fellow Democratic opponent with more than half of the vote. She was born in India and immigrated to the US when she was a teenager. After 9/11, she founded an advocacy group for immigrants and refugees who live in the US. 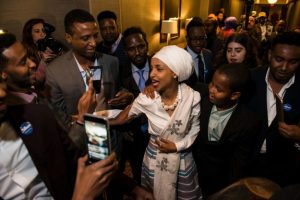 Here is a list of a few more woman who made history:

3. Former California Attorney General Kamala Harris becomes the state’s first senator of Indian descent — and the country’s first black female senator since 1999. She succeeds Barbara Boxer. The Democrat, along with Duckworth, is biracial, another first for the national legislature. Her mother is Indian, and her father is from Jamaica.