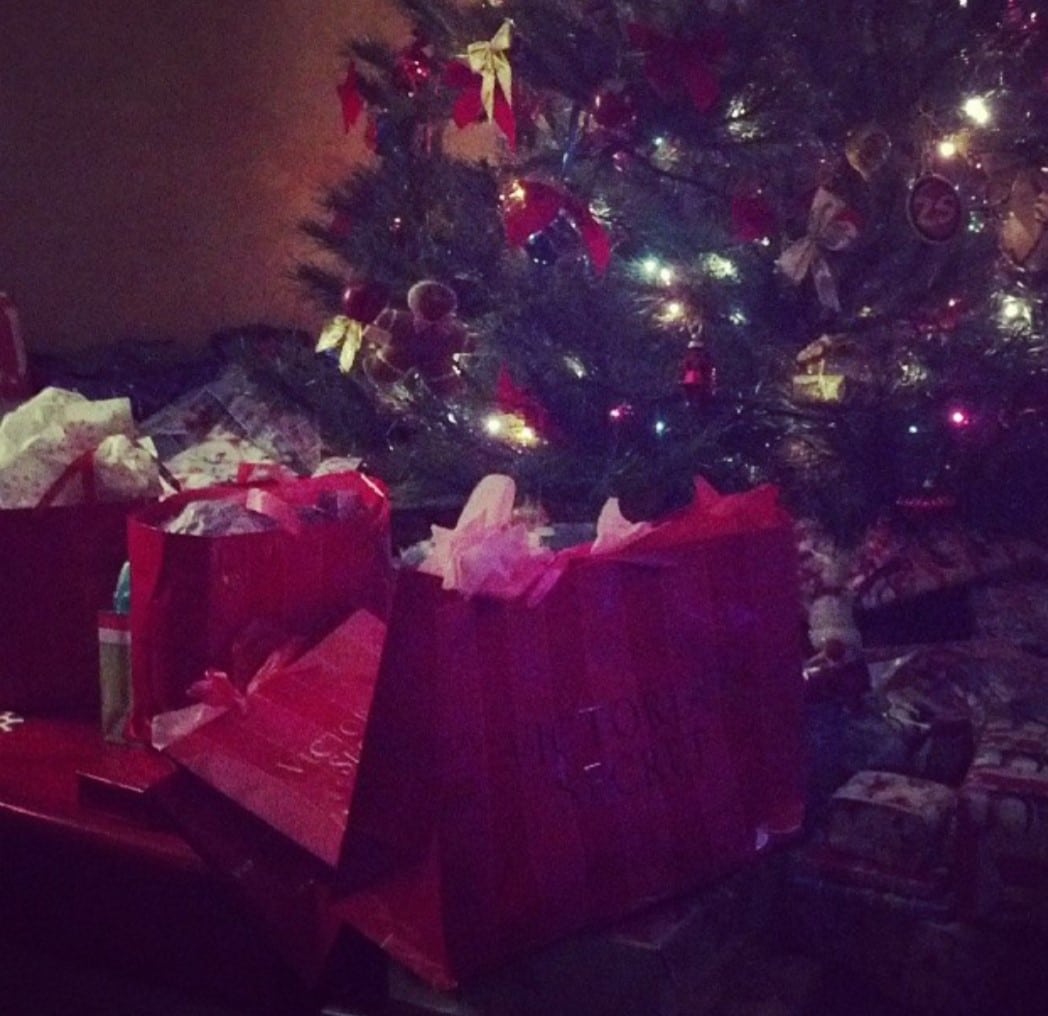 I have a large family, so part of my immediate family’s holiday tradition is juggling houses on Christmas Eve and Christmas Day. If we pull out the microscope and dive into my mother’s side of the family’s tradition, we’ll find BBQ sandwich platters and two rounds of Dirty Santa.

Dirty Santa, for those of you who have that quizzical look, is traditionally a game where people bring a gag gift wrapped (or in a bag) to a Christmas party. At first my family went along with this, until people began to get upset with the dollar amount they spent on their gag gift versus the dollar amount spent on the one they ended up with. It’s not like there would have been a melt down if we had continued to do it the first way, but during this season of giving, we upped the stakes.

Instead of gag gifts, there would be actual secret presents. Each person would bring a $10 present(s) and put it in a pile in the center of the room. This would lead to everyone drawing a number out of whatever bowl, hat, or bucket was available that year, and would begin playing. The rules are simple for our household:

This continues with each number thereafter. A gift can only be “stolen” 3 times before it is stuck with someone. The person that is # 1 will get a chance to “steal” someone’s gift after the last number has gone. It’s all fun and games until a 10 years-old is crying over not getting what she wanted because cousin Tony wanted it, too.

In the end, everyone leaves happy with a single present and the fun of hanging out with family.

My dad’s side of the family is a little different. We actually cook food for this one. If you’re anything like me and are not a seasoned Chef, then I have some good news for you. I could easily burn a packaged sheet of cookies with the directions listed plainly in front of me, but I never go wrong with these two family recipes: French Potatoes and Chicken Dumplings.

French Potatoes are identical to some Scalloped Potatoes recipes but sound fancier. You start off by peeling, washing, and cutting potatoes into chip-like slices. The preparation for both recipes is the only bad part.

Then, heat up equal parts mustard and butter in a pot. Add in some salt. I’m not giving you specific amounts, because it really just depends on how many calories you’re feeling like eating that day. Give it about an estimated cup-cup and a half of each, minus the salt (that’d be a lot of salt, but there is never enough butter). The next step is to layer some potato slices onto a lightly greased pan. Cover the first layer with the butter, salt, mustard mixture. Add some parmesan cheese from those little bottles, next. And continue this process until all your potatoes are covered in heaps of sauce and cheese. Sounds healthy, right?

Heat your oven to 350 degrees or 400 degrees if you’re impatient like me. I’m sure there’s some cooking logic somewhere that argues changing the temperature does not work the same just faster.

The next recipe, the Chicken and Dumplings, are a favorite with my family. I even make these throughout the year if I’m feeling particularly culinary. You just need a little patience or some extra hands for this one.

Grab two cans of regular (or large) size biscuits from your local grocer. I’m sure you could make them from scratch, but I’m just not at that point in my life right now.

Roll out some parchment paper or clean your counter space. Cover the area with some Self-Rising flour. Make sure to have extra flour because the rolling process for these biscuits can get pretty needy (I definitely could have made a pun here, but I’ll spare you).

Break open the cans, place a single biscuit onto the floured surface. Cover it with a little bit of flour and use either a roller or plastic cup to flatten it out. Then take a knife and slice the flattened pieces into long, thin strips. Continue this process until both cans of biscuits are now heaps of thin dough.

Take two cans of Cream of Chicken soup (Campbell’s or off-brand both work) and place them into a large pot on the stove. Add in a cup of water for each can and toss some pepper and salt for taste. Let boil on medium heat for thirty minutes. Then, toss in the dough strips. Let cook for fifteen-twenty minutes until dough is cooked. You may need to stir a lot near the end of the time to keep it from sticking to your pot.

If you’re not begging for more after your first taste, then I’m not sure you’re a real person.

2 cans of Cream of Chicken Soup

2 cans of ready to make biscuits

I hope that you enjoy some of my family’s holiday traditions, and feel free to comment your own down below!