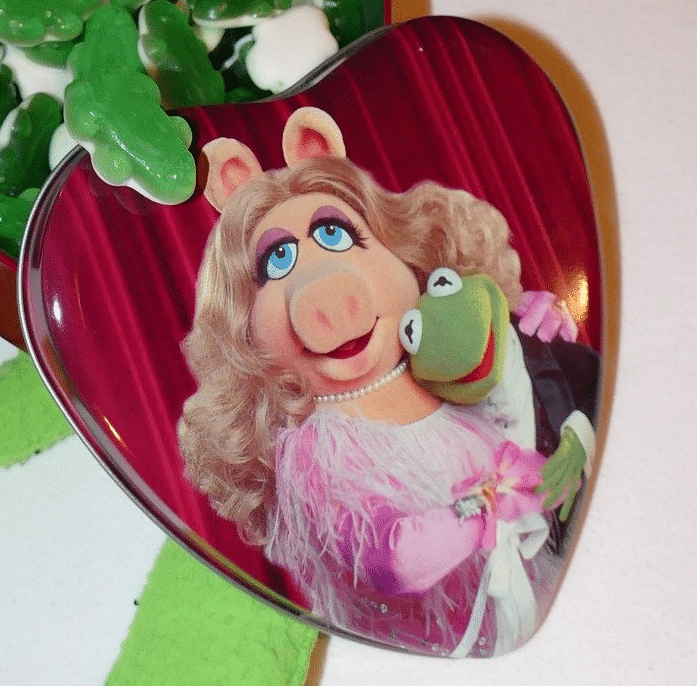 One of my favorite pieces of Muppet memorabilia is my Miss Piggy lunch box. Alongside it on my shelf, and hanging on my wall, are a lot of other Muppet collectibles. I think Miss Piggy has a lot to do with my attachment to the Muppets. She was first introduced to the world in 1974 and is most famously performed by Frank Oz.

To me, Miss Piggy has many sides and personality traits that can seem contradictory but are actually very consistent. She taught me from a young age about feminine tropes. However, instead of making fun of Miss Piggy for her stereotypically female personality, the Muppet shows and movies highlight Miss Piggy’s strength and how important her personality is to the Muppets’ dynamic.

Whether you’re watching The Muppet Show, The Great Muppet Caper, or the most recent television program, Muppets Now, you’ll know Miss Piggy. Throughout the Muppet TV shows and movies she comes across as a stereotypical woman. She is admired for her fashion sense, long-term relationship with Kermit the Frog, and feminine personality. However, Miss Piggy is also deeper than those basic ideas of womanhood. And her take on womanhood has been incredibly inspiring to me and others. Throughout her movie and TV appearances we learn more about her idea of what it truly means to be a woman.

To me, the most memorable Miss Piggy moments are from the 1984 film, Muppets Take Manhattan. To put it simply, the Muppets travel to New York to be on Broadway. When things go south, everyone goes their separate ways while Kermit continues to try to sell their show. Miss Piggy, instead of leaving New York like the others, secretly stays to spy on Kermit and make sure he remains loyal to her.

There are two moments in Muppets Take Manhattan that helped me truly understand Miss Piggy. First, we watch her get catcalled on the streets of New York City by a few construction workers. She completely ignores them. However, she’s spying on Kermit and sees him hug his friend. This enrages her and causes her to completely bend a large piece of metal. The previously confident cat-callers become terrified and return to their work.

Muppets Take Manhattan also contains a scene that later inspired the popular Muppet Babies television show. This scene is one which Miss Piggy imagines while thinking about how her relationship with Kermit would be different had they known each other when they were young. The song performed in this daydream has always been one of my favorite Miss Piggy moments. These are some of the lyrics:

“I’ll be a doctor for diseases

and help you with your sneezes

and practice neurosurgery on your brain!

but only after all our children are born.”

Want to read more about another shero, check out Greta Thunberg – A Leader in the Making.

The Hard Truth of Loving Yourself