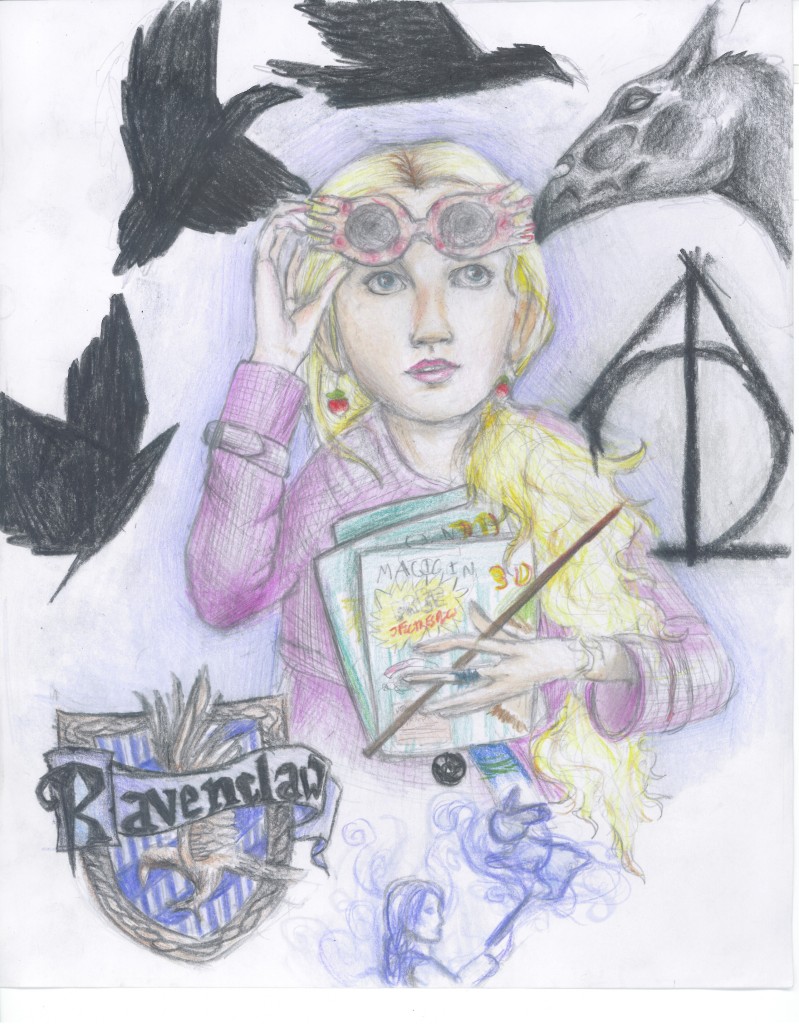 Luna Lovegood, my personal favorite character in the Harry Potter Series, is introduced as a strange, weird, and kooky character, her classmates referring to her behind her back as “Loony Lovegood”. Later on, however, readers and movie-goers realize that she is a kind, quite intelligent person, and that some of her beliefs, seemingly unsupported by actual evidence, might be rooted in fact.

This change of perception shows how you should not judge a book by its cover. She is also quite interesting because of her fondness for the magical creature the Thestral, of which can only be seen by someone who has seen death. These characters seem gross, intimidating, and scary at first, but when Luna treats them with respect and kindness, you find they are really beautiful and sweet creatures. Seeing this furthers the audience’s understanding of how appearance does not always dictate what is inside.

This message brought to the audience by Luna, paired with her loyalty and faithfulness to her friends, is why I chose to focus my illustration on her. It is true that fictional characters are not people who you can meet and speak to in real life, but it is also true that, when written the right way, they can teach us a great deal about ourselves.

The World at Large