Living in Fear of Gun Violence Should Not Be Normal 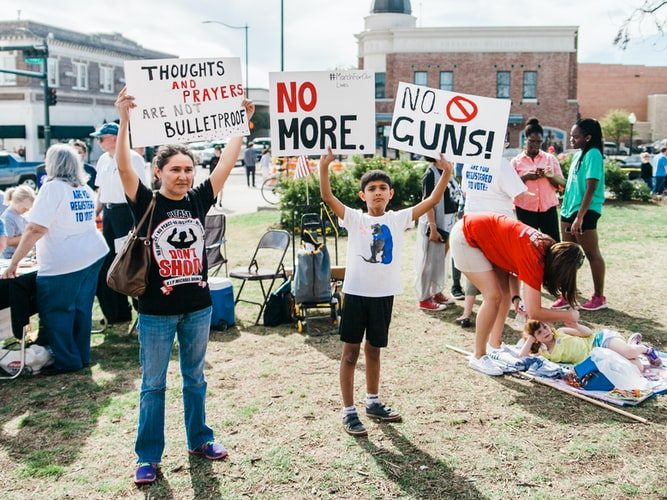 Gun Violence Is Getting Worse

Throughout the first five months of 2021, gun violence took more than 20,856 lives in the United States. That’s about 54 lives lost every day to gunfire [1]. Last year was the deadliest gun violence year in decades, and 2021 is already exceeding those numbers. 2020 was a year that highlighted huge disparities in our economy, our health care system, and our society. Tension and uncertainty drove more people to purchase more guns. Last year, more than 23 million guns were sold [1]. It was also a deadly year for lower income communities. Not only was there a pandemic, but there were growing gun violence rates and increased economic and political tension.

2021 is all about healing and fixing our society. We should be making changes so that the new normal is about feeling safe in our own front yards or local grocery stores. People think that gun violence is too far gone and out of our hands to fix. However, now is the time to regulate guns, as well as who has access to some of the deadliest weapons in the world. No matter what the law says, there is no denying the fact that gun violence is an epidemic, and it takes on average 38,826 lives each year [2].

Also, it is important to note how gun violence affects women. Gun violence is largely linked to intimate partner violence. This affects families, children, and communities.

Everytown For Gun Safety states, “Abusers with firearms are five times more likely to kill their victims, and guns further exacerbate the power and control dynamic used by abusers to inflict emotional abuse and exert coercive control over their victims,” [4]. On average, 57 women are shot and killed by an intimate partner every month. Abusers with access to firearms affect everyone around them. This includes the children that witness it all and the first responders that are called daily to save the victims.

We Expect This Summer to be Deadly

After a string of deadly shootings in the city, Miami’s police chief, Art Acevedo, said, “Unless we all start speaking up, speaking out and demanding our elected officials take action, we’re going to see a lot more bloodshed.” Acevedo, who also heads the Major Cities Chiefs Association, said these words on CBS News’s “Face the Nation.” No later than a week after Acevedo’s TV appearance, a shooting at a Miami graduation party left three dead and five wounded [1].

Over the weekend of Juneteenth, gun violence killed 7 people and injured 45 in 10 mass shootings across the United States. This brought the U.S. to a total of 296 mass shootings in 2021 [3]. Every single day there are headlines across the U.S. about gun violence. Continuing to ignore the growing numbers is limiting our society’s growth. It’s hindering our ability to have equality for all people. Gun violence isn’t a lower income community’s problem. It is a national issue that continues to affect our lives whether we choose to acknowledge it or not.

How the Parkland Shooting Affected Us

After the Parkland shooting at Stoneman Douglas High school, my sixth grade English class had a conversation about it. In class, we had learned about shootings for years and years from news channels. But the Parkland shooting really affected me and my classmates. We watched as gun violence killed 17 people and injured 17 more in a high school much like the ones we would attend in 3 years.

I was shocked that it was so easy for lawmakers to watch someone enter a place of learning and attack people and then declare that gun control laws are absurd and unnecessary. I was angry that it was so easy for someone to purchase deadly weapons. My classmates and I sat in a circle; some cried and some prayed. Even from miles away, that day was emotional and shocking to watch. Gun violence affects everyone. The fact that living in fear of guns is such a normality for people in this day and age is unacceptable after all the lives we’ve seen taken by guns and all the fear they’ve caused.

What should we do?

We must educate ourselves on gun violence and how it affects lower income communities long term. It’s important to learn about the policies that can change gun violence. We have to pressure our representatives to take action.

https://act.everytown.org/letter/ask-congress-strengthen-background-checks/ – send a message to your representative to strengthen background checks

The Instability of Young Adulthood