Interview with Jordyn Hudson on the Events of January 6th 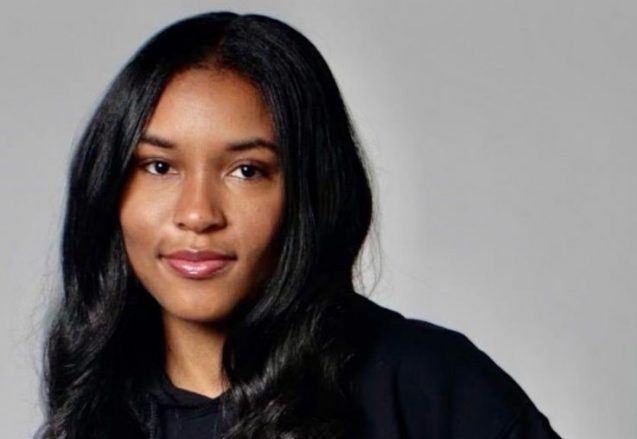 Jordyn Hudson is a high school senior and the founder and CEO of Shape the Culture, a company “founded to showcase the good work young people are doing in their communities across America.” With her experience highlighting the voices of our generation, I wanted to ask her about her views surrounding the events of January 6th and how she thinks our generation can help bring about change.

The Attack on Capitol Hill

For some background, on Wednesday, January 6, 2021, the U.S. Capitol was breached by violent Trump supporters after a rally near the White House. On this day, the Senate was set to count the electoral votes in order to certify Joe Biden as the winner of the 2020 Presidential Election. At the rally, Trump encouraged the crowd to “demand that Congress do the right thing and only count the electors who have been lawfully slated.”

To be clear, there has been no evidence of widespread fraud concerning the 2020 Presidential Election. Trump further incited the mob saying, “Because you’ll never take back our country with weakness. You have to show strength and you have to be strong.” After this, the crowd marched to the Capitol and violently stormed through barriers, breaking into the historic building. This resulted in five deaths and up to $1 billion in damages.

If you want to learn more about the event, check out my article that provides an overview of what happened on that day.

Q: What was your initial reaction to the events on Wednesday?

A: The events last Wednesday started while I was attending some of my classes at the end of my virtual school day. As I was in the middle of classes, I saw various news notifications on my computer screen relating to the events. I was in total shock as I saw the reports continue to pop up. I then heard my family members playing various news sources throughout our house. Once I finished school, I made my way to the television screen to see the events unfold right in front of my eyes.

Quite honestly, as an African American, I was not surprised. Being from Birmingham and as a Civil Rights history buff, I am aware of the call and response that many of our country’s racist leaders have had on America. For example, the events last Wednesday strongly parallel the call and violent response of Bull Connor, Birmingham’s racist police commissioner who terrorized African Americans during the Civil Rights Movement.

I could only think about the foundation of our democracy crumbling as terrorists bombarded into our nation’s capital. I was completely outraged by the violent actions taken by the rioters during this historic insurrection.

Q: You’ve highlighted so many young leaders through Shape the Culture. How has that given you hope for a better future, and how has it affected you after the events of last week?

A: Shape the Culture was created to showcase the wonderful work young people are doing in their communities to implement change and make positive contributions to society. The young change-makers that I have been able to work with have helped me to realize that our generation can change the world. I am confident that together we will truly shape the culture and strive to create an equitable society in our country. It is up to us to create the community that will exist in our future.

Q: The events of Wednesday showed us how divided the country is right now. Do you think there is a path to unity? If so, how do you think we as a generation can help pave the way?

A: I truly believe that we have the potential to create an equitable society. In order to do so, we have to come together, educate ourselves, and have critical conversations about the injustices within our country. From there, we can continue to discuss the next steps in creating a just society.

I believe that our generation wants to see positive change within our country. The most wonderful characteristic that I have observed about our generation is that we are constantly creating avenues to be that change – whether that might be through volunteering, creating charitable organizations and platforms, or using our various social media accounts to uplift and inspire positive contributions in our communities. In order to continue down the pathway toward unity, we need to dig deep and use our voices to engage in politics and address the many injustices within our country.

Q: An attack on the capital hasn’t occurred since 1814 when the British burned it down. What do you think has caused the build-up to such a violent act?

A: I truly believe that within the last couple of years, the usage of hateful speech has further divided our country. Because of such rhetoric, white supremacists, far-right militants, and others feel comfortable participating in hateful, racist, and terrifying comments and events. One event that stands out strongly is the “Unite the Right Rally” in Charlottesville, Virginia, in 2017, which brought together white supremacist groups across the country, ultimately leading to a car attack that killed one person and injured others.

Q: Seeing the difference in response of law enforcement between the peaceful Black Lives Matter protests this summer and the domestic terrorist on Wednesday, how do you think this further reveals a double standard against black protestors?

A: It appeared that law enforcement was caught off-guard. To be fair, there were some who put their personal safety on the line to protect the Congressional leaders. It is very important to highlight one officer*(*note: this officer’s name was redacted after numerous threats to his safety) who made sure to lead the terrorists away from the U.S. Senate chambers as the insurrectionists entered the building.

Overall, however, it was vividly apparent that there was a stark contrast to the way law enforcement handled protests from supporters of the Black Lives Matter movement over the summer.

To me and many others, we have seen two systems of justice over the past months: one that let extremists storm and attempt to destroy the U.S. Capitol, and another that released tear gas on peaceful protesters last summer.

Q: What advice would you give to other teens who feel as if they can’t do anything to improve the state of our country?

A: The late Congressman John Lewis once said, “When you see something that is not right, not fair, not just, you have to speak up. You have to say something; you have to do something.”

Lewis and other young people were fighting for a just and equitable society when they were our age. In order to continue their legacy, it is crucial that we get involved and engaged to eliminate racial disparities and inequities within our society.

Q: What would you say to leaders in government at this time? What do you think is imperative for them to hear from our generation?

A: Please hold the insurrectionists accountable. They are terrorists and attacked our nation’s capital.

It was a pleasure working with Jordyn and hearing her perspective. She truly gives me hope that our generation can change things for the better.

Please take time to learn more about Jordyn on Shape the Culture’s website:

Check out Shape the Culture on Instagram as well:

Jordyn has been interviewed by Suneeti Chambers, another GirlSpring contributor. Please check out that interview as well to learn even more about Jordyn and Shape the Culture.