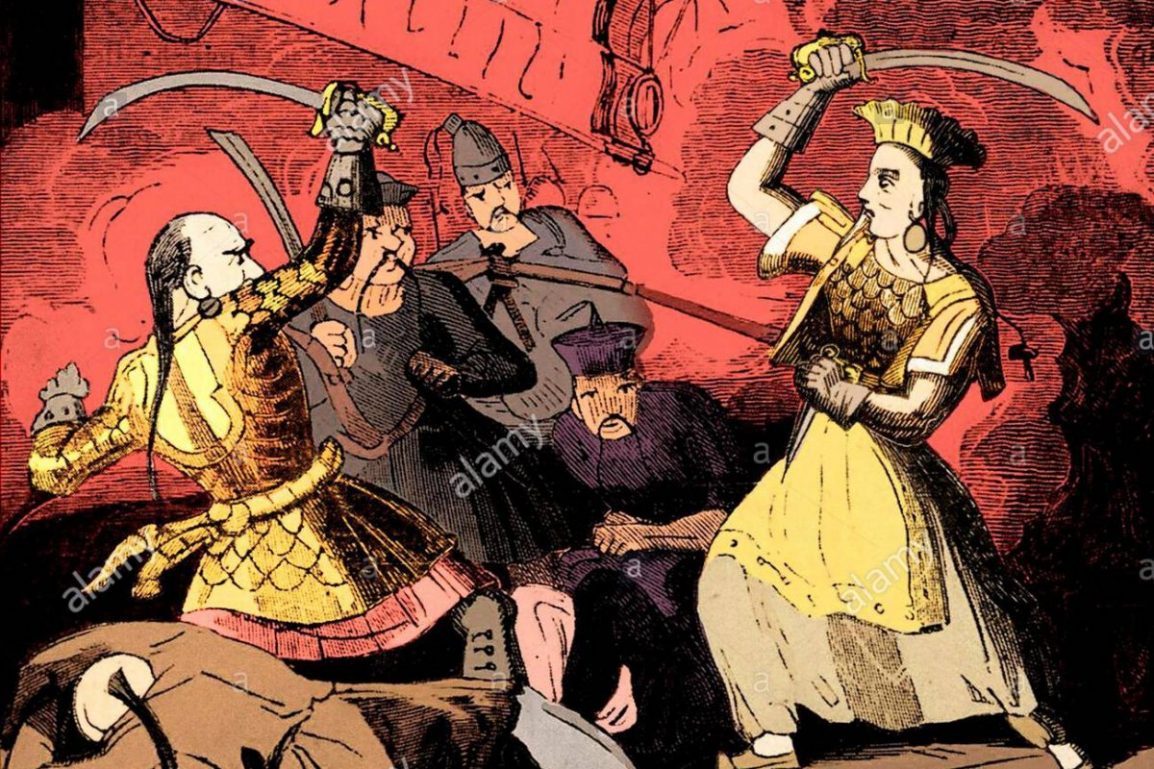 Ching Shih is not one to be idolized or romanticized, but she was one of the most powerful and feared pirates alive. Be it because of her notorious gorgeous looks, or her ability to command respect and power, she always got what she desired.

Shih Yang was born 1775 in the Guangdong Province, China, an extremely poverty ridden region. Sadly, when she was thirteen she was forced into prostitution by her family, as most young girls her age were. She worked in the port side brothels staying on boats that would sail the cost for customers.

She was gorgeous and fearless, attracting the attention of many wealthy and high paying men. Then, in 1801, the captain of the Red Flag Fleet, Zheng Yi, fell in love with Shih Yang after hearing stories of her. In fact he was so in love with the young Shih Yang that he asked for her hand in marriage immediately after meeting her. But Shih Yang wasn’t about to give herself away. She stated that if she was granted fifty per cent share over his earnings and control over his fleet, then she’d agree to marry him. Without hesitation he agreed.

Upon the finalization of Ching Shih’s marriage she implicated reforms. These were put into place to give her more control and the fleets more order. These are just some examples of said reform.

These reforms were also catered to make the crew happy, and Ching Shih made sure they knew how important and appreciated they were. This power move made way for other fleets to merge into the Red Flag Fleet.

The Queen takes her throne.

Then in 1807, six years into their marriage, Zheng Yi died. He drowned after a devastating storm on the coast of Vietnam. After his death the fleets went into chaos. But luckily enough Ching Shih was able to secure the dominant spot as captain over the fleets. Every time the crew members tried to overthrow Ching Shih- she would swiftly execute them. At the peak of her saga she commanded over 800 large ships, 1000 stellar vessels and over 70,000 crew members (both male and female) while Blackbeard, a renowned pirate, only commanded 300 ships and only a few thousand crew members. Shih made it so that every time a ship left or entered the South China sea, she knew. She even taxed the ships wanting to cross the sea. She had entire coastal regions in the palm of her hands, supplying her Fleet with all trading goods.

Upon hearing about The Red Fleet’s control over the economy and monopoly over the ocean, the Qing Dynasty at the time sent naval fleets to take away Ching Shih’s power. Needless to say the Chinese navy attacks were no match against the Red Fleets. Instead of destroying the Qing dynasties’ attack fleets, Shih incorporated them into the Red Fleets. The Emperor was enraged with the fact a woman was taking rapid control of his land, people and sea.

He took a surprisingly peaceful approach; all pirates apart of the Red fleet’s would be excused from all political offences through an Amnesty. While Ching Shih was dealing with the Qing authorities, she was also commanding attacks against the Portuguese navy, which she had already defeated two times. This time the Portuguese came back with more advanced technology and the Red Fleets weren’t able to keep up. These devastating attacks from the Portuguese is what made Ching Shih accept the amnesty from the Emperor.

Upon accepting the Emperor’s terms, peace was quickly established. All crew members were allowed to keep their loot and live peacefully; dome of them even given jobs inside the Dynasty itself. After the Death of her second husband, Ching Shih went to Macau where she opened a gambling bar and traded salt. She also ironically opened a brothel- where her life ended due to old age. Her legacy ended right where it had started.

The 5 Best & Worst Things About Back to School

About Susan Yvonne: A Tribute to my Nana