BYOU: Bring Your Own Uniform 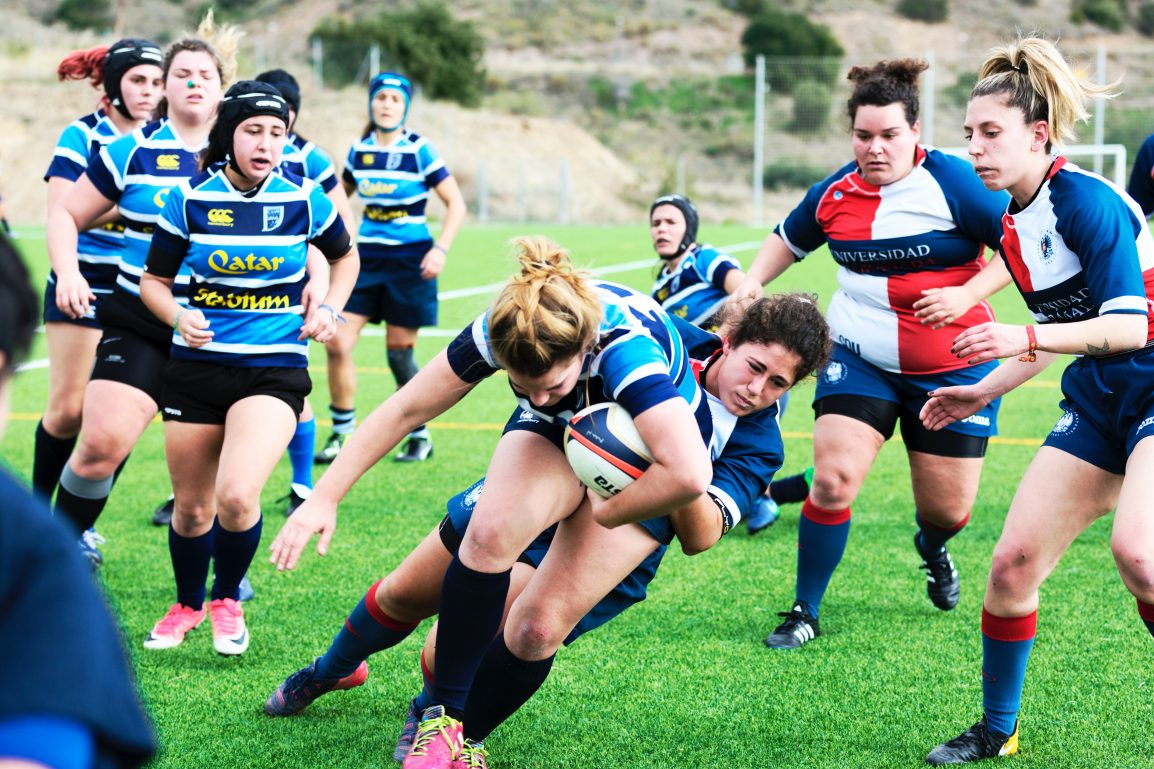 Exceptional performance is dictated by multiple factors, but one of the most crucial is comfort in your own skin. Women have been battling pointless critiques to their image for centuries, and it only increased with their participation in sports. Beginning with the first women in the early 19th century, their participation in sports was unwanted, but allowed  (Jefferson-Buchanan). They were restricted in their movements due to uniforms, such as sports corsets, prohibiting mobility (Jefferson-Buchanan). Eventually, long sport skirts and corsets became unbearable, and relief came in the form of the beloved tunic and slip (Jefferson-Buchanan).

The push for comfortable and dynamic uniforms continued, until there was a flip. It was decided through the patriarchal society that we still live in today, that women’s sports were for the pleasure of the audience rather than the enjoyment and celebration of women’s success. Today’s uniforms for women, not only in professional sports, but in schools around the world, include spandex and latex that are still elegant. There is an obvious push to display women and appeal to an audience, rather than showcase talent. Current uniforms encourage and reinforce the idea that women need to reveal as much of their body as possible

The Norwegian beach handball team in the 2021 Olympics had enough bikinis, and requested to wear spandex or shorts, which the male handball team is allowed to wear (Pruitt-Young). When this request was denied, they wore longer shorts anyway, and accepted a fine (Pruitt-Young). To add to the absurdity, the request was denied because the handbook stated that the uniforms had to be 10cm or shorter (Salcedo). Shockingly, instead of reevaluating a dated handbook, and modifying the rules to fit the progress of 2021, the officials closed the case and “played by the rules”. The “retaliation” by the handball team was not to make themselves masculine or downplay femininity, but to empower women to wear what they are comfortable in and bring awareness to the harsh standards of women.

Additionally, officials should be trained to not only know the sport, but to support athletes mentally and physically. Very little progress can be made in inclusion without a support system who watches out for the mental and physical well being of athletes, especially female and nonbinary athletes. In an ideal world, these officials would report to a committee such as the International Olympic Committee, the organization responsible for the Olympics, and concerns and comments could get directly to the most powerful source.

The discussion of women’s uniforms in sports is an inappropriately redundant one. Women should be allowed to wear the uniforms that allow them to be their most successful. Additionally, proper training and screening of officials should ensure positivity and acceptance towards female athletes. Lastly, this freedom of uniform should be extended to every athlete. It is important to note that there will only be more non-binary folks in professional sports, and they will face and have faced uniform discrimination. Women, non-binary folks, men, and everyone should feel comfortable and included in sports: a shared experience meant to appreciate skill and bring people together.

taking control of their sporting outfits. The Conversation. Retrieved October 16, 2021,

Pruitt-Young, Sharon. (2021, July 23). The sexualization of women in sports extends even to

bikini-bottom uniforms. the league fined them over $1,700. The Washington Post.

So you got Deferred From Your Dream School… Now What?

Countries of the World Game: A New Find!

Beauty Tips Every Girl Should Know Before Age 20

Quiz: Do You Know These Famous Movie Quotes?