Are the Police Kidnapping Protesters? 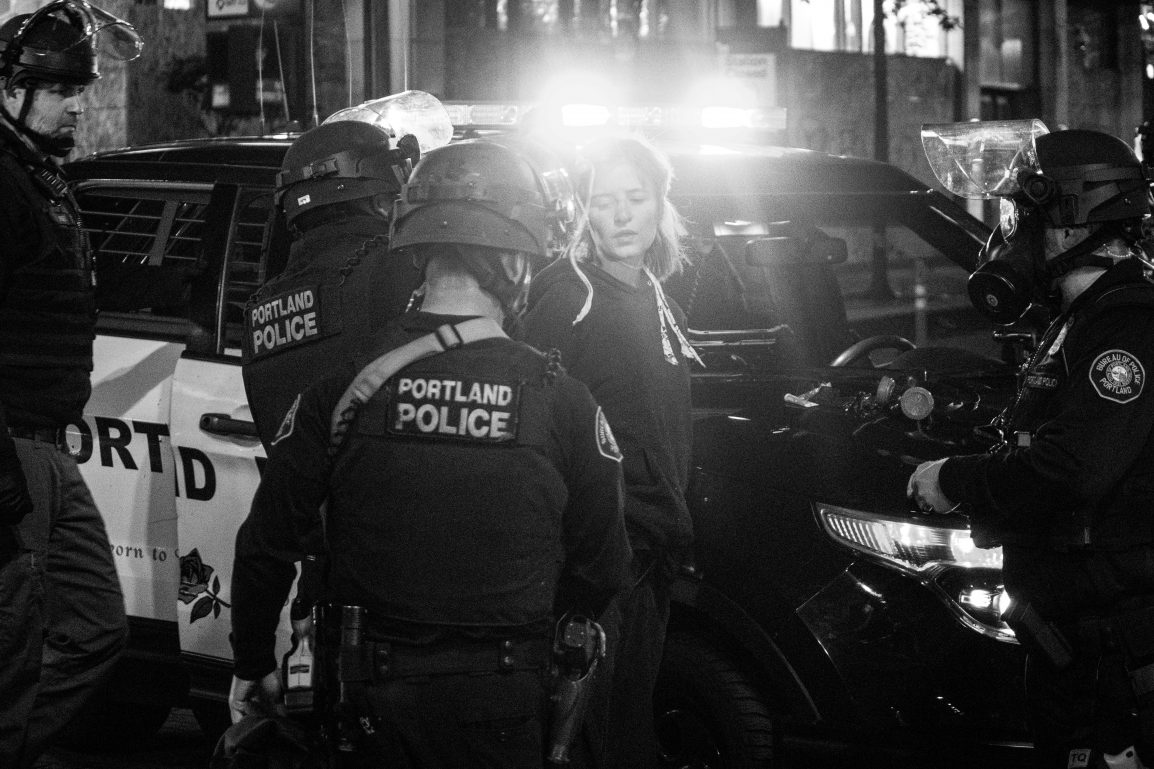 Over the last couple weeks, you may have seen information circulated about the current situation in Portland, Oregon, where Black Lives Matter protests have persisted over the last two months. Essentially, federal law enforcement officers in unmarked vehicles have been detaining protesters in downtown Portland since at least July 14, according to NPR. This practice has sparked controversy and even fear, as many have referred to these detentions as kidnappings. Meanwhile, the Department of Homeland Security claims this policy keeps officers safe.

Trump sent the U.S. Marshals Special Operations Group and U.S. Customs and Border Protection to Portland to protect federal property during the protests. There have been violent aspects to the protests in Portland, including breaking windows and lighting fires. However, interviews from Oregon Public Broadcasting show detentions are happening in places that aren’t near federal property. This has sparked questions as to the legitimacy of these practices.

As of July 17, federal officers had charged at least 13 people with crimes related to the protests.

One demonstrator had to be hospitalized after officers shot him. The less lethal munition left him with skull fractures. One protester, Mark Pettibone, says unmarked vehicles followed him and then plainclothes officers forced him into a van. They pulled his beanie over his face. They brought him inside a building where they read him his Miranda rights, without any information about why they made the arrest. The officers released him after an hour and a half with no official citation of his arrest.

These tactics are apparently spreading to other cities. Officials arrested a protester in New York City in a similar manner on July 28. Plainclothes police offices pushed the protester, Ms. Stone, into an unmarked minivan. She has since been released and was issued a court order to face charges for vandalizing police cameras.

Technically, law does not require U.S. police to identify themselves during an arrest.

However, many questions have arisen as to whether these arrests have any legal justification, especially when they take place away from federal property. The detained individuals often receive no explanation for their arrest.

And these detentions aren’t the only result of federal law enforcement being deployed to Portland. They have also used teargas and been physically violent towards protesters. In one instance, officers used so much teargas that protesters actually went to court and won a judge’s order to limit the amount of permissible teargas. Mayor Ted Wheeler and Governor Kate Brown have both called for federal officers to leave Portland. Senator Jeff Merkley of Oregon has stated, “Federal forces shot an unarmed protester in the face. These shadowy forces have been escalating, not preventing, violence.”

President Trump has justified these measures by what he calls “lawlessness” on the side of the demonstrators. He wants to increase the presence of federal law enforcement in more U.S. cities, and the Department of Homeland Security has alluded that they will continue to be involved.

But that doesn’t change the outrage that has been sparked over these controversial detentions.

Jann Carson, interim executive director of the American Civil Liberties Union of Oregon, said, “Usually when we see people in unmarked cars forcibly grab someone off the street, we call it kidnapping.” N.Y. Representative Alexandria Ocasio-Cortez said in a tweet, “There is no excuse for snatching women off the street and throwing them into unmarked vans.” Attorney Juan Chavez, director of the civil rights project at the Oregon Justice Resource Center, said the arrests seem like “stop and frisk meets Guantanamo Bay.” Even those officials targeted by the protesters, like Mayor Wheeler, expressed concern with the feds’ tactics.

Technically, officers can legally make arrests in plainclothes and unmarked vehicles. But they must also follow legal procedures when they detain someone.

Are these arrests being made with probable cause?

Do officers inform protesters of the cause for their arrest? Is there a justification for detaining people that aren’t near federal property and aren’t participating in criminal activity?

Additionally, parties on all sides—protesters, local officials, and officials from DHS—agreed that the federal presence hasn’t actually helped quell the unrest in Portland. And let’s not forget, citizens also have a First Amendment right to protest.

NYT The Daily: The Showdown in Portland

Comparison is the Thief of Joy