A Deep Dive into Emma Chamberlain 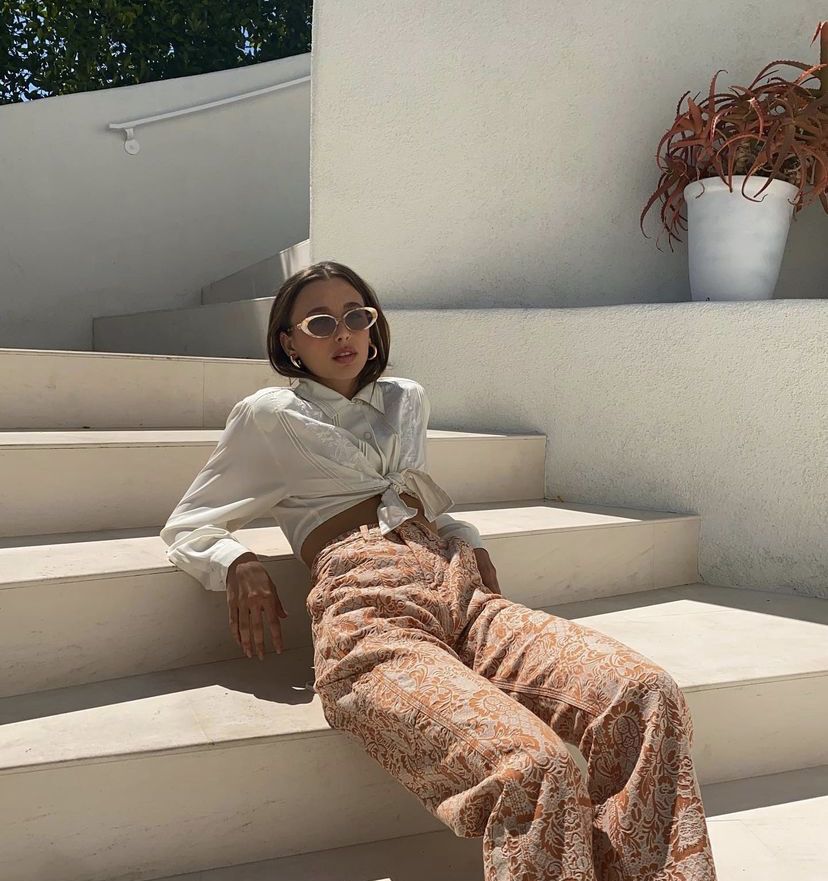 Emma Chamberlain is not a stranger to the spotlight. Making her debut as a YouTuber in the summer of 2017, she has grossed over 10 million followers since. From starting with a YouTube channel to then making a podcast called Anything Goes with Emma Chamberlain, to finally creating a coffee company known as Chamberlain Coffee, Emma has made the most of her success. Her additional accomplishments include being awarded a Teen Choice award in 2019, and a People’s Choice Award and Shorty Award in 2020. Along with these trophies, Emma was included in a TIME article in 2019, and in the same year, Louis Vuitton invited her to Paris Fashion Week. To top it all off, Emma was invited to the 2021 MET Gala.

But what is Emma Chamberlain other than an influencer, a fashionista, a coffee addict, an entrepreneur, and a young adult? How has she achieved so much while only being 20 years of age? Why and how does she have so many followers and is able to maintain that audience even after four years of content producing?

A simple answer to these questions is: she is authentic. Through Emma’s four years of being a YouTuber, we have seen her document many phases of her former self. Changing things such as characteristics, likes, dislikes, friend groups and relationships, editing style; we watchers have observed it all. Emma has always managed to keep it real with her viewers and that is something that is looked highly upon, as social media is the source of many people’s insecurities. Emma does not care about her acne in vlogs, her unproductive days, or how others view her. Yes, it had taken her some time to get back to the mindset of “how I see myself is more important than what others perceive”, but to be understood due to her moving to Los Angeles and her rising fame and success at such a young age.

With Emma’s YouTube channel, we see the different styles of filming, vlogging, and editing. Emma’s target audience was a very easy one to find as her old videos were fast and funny. There was no sense of inauthenticity, which allowed the subscriber to appreciate the lighthearted approach she took to her everyday life. As time went on and Emma and her target audience grew, she understood that she did not want to make videos her sixteen-year-old self would watch, as her target audience was also primarily around her age range. Emma was able to adapt to her new self as well as the desires of the audience. Instead of long videos with friends and staleness entwined, she is currently making shorter vlogs with purpose and depth, as well as releasing them faster. Her video style is cleaner and more tranquil compared to her loud and crazy vlogs in her prime period of 2018. She highlights the truthfulness of her emotions and feelings, from mental health struggles and feelings of laziness, unworthiness, loss, and sadness to productive days filled with tiredness, pride, and joy. While being one of the most famous YouTuber’s on the platform, she somehow manages to capture so many individual’s feelings during our modern era.

In addition to her genuineness that shows through her YouTube videos, Emma has taken a deep liking to her podcast, Anything Goes with Emma Chamberlain. With this podcast, Emma can sit down and share her thoughts on, well, anything. Episode discussions range from growing up in a divorced family and without being religious, to hitting a low place in life or even having “advice sessions” where she connects with her audience through Twitter to answer their questions. Anything Goes is another source where Emma is able to convey with her audience a “you’re not alone” feeling. Her relatability is a beautiful thing and why so many individuals are drawn to her content, as well as why they have stuck around for so long.

Emma Chamberlain is an amazing individual to admire. As we grow up in an age where beauty is primarily defined by physical attributes, Emma reminds us that we are all human. We all have flaws, and we all make mistakes, but we are not characterized by those mistakes unless we let ourselves be. An action you are embarrassed you did, a pimple on your face, the number of friends you have or lost, you are beyond beautiful. Society’s standards and expectations can be rough, but it is alright to have a bad or unproductive day, as long as you find the strength to hope tomorrow is a little better.

How to Write College Essays

Should I Take the SAT or ACT?