What You Can do For Racial Justice 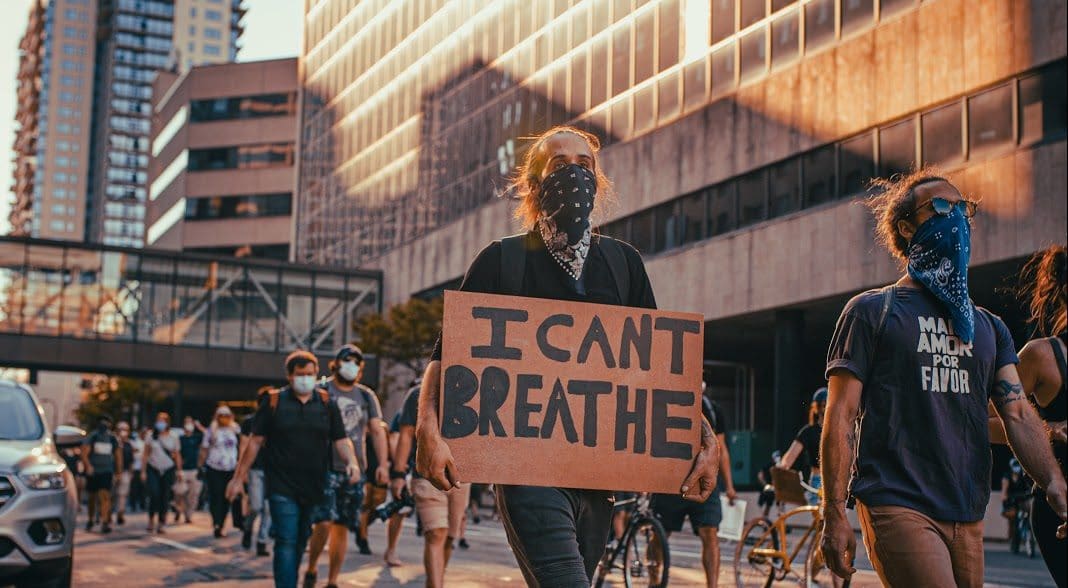 It seems that there are so many shocking events happening everyday in the news. We are currently living under a pandemic that not only killed 100,000 people in the U.S. but also has completely changed the way we live our lives. And recently, 4 young Black Americans have been killed by the police : Breonna Taylor, George Floyd, Ahmaud Arbery and Tony McDade. Black lives are at risk daily, from jogging (George Floyd) to sleeping in your own bed (Breonna Taylor).

It’s really easy to feel overwhelmed by everything, especially when the world around you is struggling under the COVID-19 pandemic. But I felt so outraged that I had to do something. I did some research on different things you can do for racial justice so that we can educate ourselves and speak up against injustice. I went to a great elementary, middle & high school with incredible educators. I have amazing parents who taught me about the world & about made sure I had books that featured stories by/about women, people of color & different cultures/countries. At the same time, I am constantly learning, unlearning and relearning about history, culture and society. After my first year in college, I began to make a conscious effort to read more books and support shops run by women, LGBTQ+, people of color and indigenous communities. Below is a list of things you can do if you’re outraged by what is happening.

Important: Make sure that you are taking care of yourself!  It is never easy to read, see and hear these stories. Practice self-care <3

The Hate You Give by Angie Thomas. I’ve mentioned this book in an article before but it is an incredible book that is extremely pertinent to what is happening right now!

On the Come Up by Angie Thomas. This book is about a young woman who wants to be a rapper, but quickly learns that speech isn’t always free depending on the color of your skin.

Dread Nation by Justina Ireland. This book is about an alternate reality of the United States, one where the Civil War and its outcome are drastically different.

Black Enough edited by Ibi Zoboi. This is an anthology of a bunch of different authors (a great way to get to know a wider variety of authors) about being young, black and growing up in America.

Dear Martin by Nic Stone. This book talks about being a young black man growing up in America and discusses topics such as racial profiling, injustice and police brutality.

Frying Plantain by Zalika Reid-Benta. This book is a coming-of-age story about a Candian-Jamaican girl growing up in Toronto, exploring the struggles of being a teenage girl, having a complicated heritage & growing up.

This video by Neil Degrasse Tyson talks about being a black student wanting to be an astrophysicist.

Watch The 13th (Netflix). This documentary is extremely powerful and hard to watch (ages 14/15+).

Watch these videos about when people realized that being black made people treat them differently.

This TedTalk by Daryl Davis, a black man who befriends KKK members and gets them to change their points of view.

Watch (and read) Just Mercy by Bryan Stevenson. Linked is a discussion guide

Ways to get involved:

Donate (if you can) to organizations such as the NAACP, Southern Poverty Law Center, Equal Justice Initiative, The Sentencing Project.

Call your state and federal legislators to demand that they end solitary confinement for more than 15 days.

Donate to groups that support women of color running for office.

Write to your local government to encourage them to change Columbus day to Indigenous People’s Day.

Join Campaign Zero (they lay out easy to remember points for when people ask “how can we end police brutality?”

For more information about how to get involved, see this article.

Significance of Language & The Impact of a Peer