TV Shows Starring Powerful Women That Are Worth Binging! 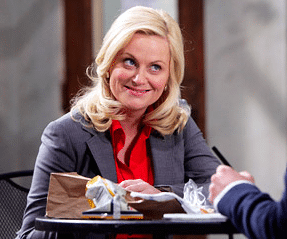 Watching TV shows with powerful, totally awesome females is one of my favorite things about television. It’s important to have those role models to look up to, especially when they are breaking down barriers for women everywhere.

If you’ve seen Parks and Rec, you definitely know who Leslie Knope is. Played by Amy Poehler, Leslie is an upbeat, ambitious, kind bureaucrat who reaches for the stars in every endeavor. Optimistic would be an understatement: Leslie radiates joy and the intense spirit of a person who never quits. She shows us in every single episode how amazing she is, and we never forget.

Mindy Lahiri is a totally awesome woman for many reasons. In a nutshell, Mindy is an incredibly brilliant OB/GYN who even starts up her own fertility clinic. Although she loves romance movies, Mindy paces her own way through life, without a man at most times. Mindy is way more self-sufficient (and not to mention, hilarious) than she probably gives herself credit for.

Jess, although all over the place at times and largely finding herself in hilarious predicaments, has a heart of gold (sparkly gold, probably) and a go-getter’s attitude to go with it. As a teacher, she yearns for every kid to have the best possible education, and to also have a great time while learning.

These three characters are only a few in the growing number of wonderful, inspiring female role models. Their imperfection makes them relatable, but their everyday attitudes inspire girls all over.