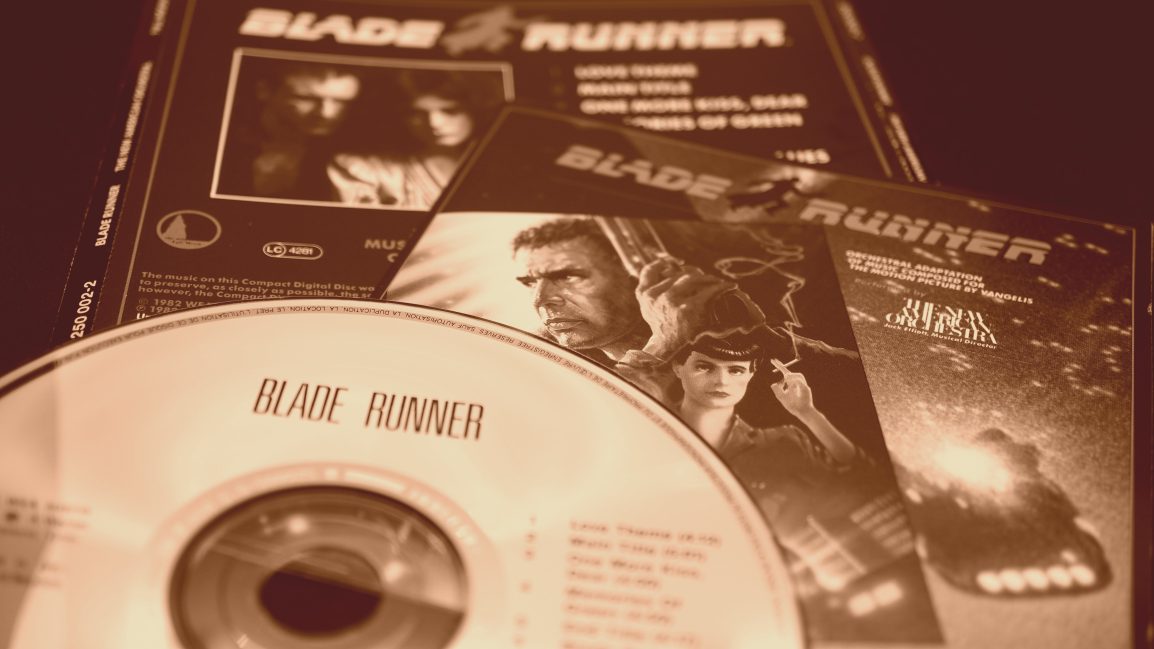 There were numerous deals which had to be struck, as well as many failures that a man named Hampton Fancher had to go through in order to create Bladerunner. Fancher was pitied, and told to go write a script to see where it went. Fancher developed a script and it didn’t work out at first.

Then He Met Jim Maxwell

Maxwell told him science fiction was a good idea due to many high demand movies being produced such as Dune. Using the market history of other movies and books, Fancher received inspiration from other works, one especially being Do Androids Dream of Electric Sheep. He then developed a five page script based off of this and showed it to a man named Bryant Deely. Unlike Fancher, Deely was not a fan of the script. He thought the idea boring and uninteresting. After this failure, Fancher still persisted to make a script. His new work was based off of Mechanismo, which was a comic-like book with futuristic aspects to it.

Fancher used this work to develop yet another script, which Deeley loved. When it came to naming the movie, there were numerous names out there, but they settled with Bladerunner. Fancher wasn’t a fan of the name, but he took the advice of Deeley. This contributed to the kickoff of the Bladerunner franchise. After Fancher’s ideas were organized, a director named Ridley Scott denied the movie. However, he approved it due to its urban-like setting and representation of the future.

Once the screenwriting had been developed,

Fancher had to find a cast to play the roles he envisioned. The main character, Rick Deckard, had numerous people who could play his role. Robert Nitchum was Fancher’s first choice. Careful selection allowed Fancher to find the right man to play Deckard – Harrison Ford. He was an actor famous for playing Han Solo in Star Wars, and was a good pick for the movie because he hadn’t done something like this before. He also had training from good directors. Ford liked the movie idea, but thought the voice narrations could be shown instead of heard. He wanted Deckard to seem like a detective more than just a regular man.  Bladerunner had a diverse cast, one of the most being Rutger Hauer.

When he first met Ridley Scott, he came in wearing strange clothing and also cut his hair how he thought his character, Roy Batty looked. Rutger added an important aspect to the movie, which was the elements of being human. He suggested his character has a sense of kid, soul, and sexuality. At first Ridley was hesitant to let a man such as Rutger onto the movie, but after hearing his suggestions he casted him. Ridley’s aspects of the film industry began to change, as he contributed to breaking stereotypes. A young woman named Sean Young was casted due to her youngness and beauty. However, her acting was more responsibility than she thought she could take on. She didn’t try to be someone she wasn’t, and allowed for herself to adapt to these expectations, leading to a groundbreaking performance in the movie.

The Set Was A Challenge

Due to the limited budget, the art department of the movie had to create something new. Syd Mead was the first hired illustrator of the movie. His futuristic sketches of the set got him the job. The designs Mead had in mind were far too real and expensive for the budget of the movie. Instead, the set building team took Mead’s designs and turned them retro. Their careful planning with money allowed them to achieve the realism of the sketches without overspending. Like adding pipes and ducts to the side of buildings to give it an urban look. Usually in movies there is a time crunch for pre-production, but a well timed actors strike causes pre production of Bladerunner to last about nine months.

This setback, although unintended, came out to be good luck. The team was previously prepared to finish the set in a shorter amount of time since it would be a risk of luck to extend how long pre production would take. However, they still had a time crunch after the extended period as well. Out of set design, the most difficult part was car building since there were numerous parts to it. Another budget constraint led to the amount of cars being produced going from 54 to 27 cars. Some sections that were made to create the cars were fiberglass and scaling.

Overall, the production of these cars required people in the department to work for about 18 hours a day. The main time consumer was when different departments had to collaborate with one another to make sure all the products were fault proof and perfect.

Ridley Managed production in a very strict and organized manner. For example, he ordered the construction team to reverse the columns that were built on set because they did it wrong. This move was on the first day of set building, so it created a level to of expectation. Ridley depended upon himself to control the production crew, and was very defensive about his work. He was very involved in the movie such as wanting perfect props and did not accept criticism against him or the film team. Ford was unhappy that he did not receive enough attention as other cast members: he felt neglected because he came to the set and had to wait for a while to perform his scenes. Since Ford was already famous in numerous movies, this seemed like a waste of his time, and got him thinking “what’s next?”

Tensions on the Set

Tensions were occurring, especially with Harrison Ford.  He didn’t talk much on set or with Ridley. He just came to do his job and took it seriously. Ford’s unhappiness with the movie helped to convey his character and his own desperation. Ford didn’t pretend to be happy. He was himself and it worked in the movie, creating a major boost in his career. A minor setback that occurred during filming was when Daryl Hannah, the actor for Pris, performed numerous gymnastic moves and had an accident.

One time she was running when she hit a van, causing her arm to go through a window that wasn’t breakaway glass. There were issues because of this injury, but she handled it professionally and continued filming with no issues. There was a lot of tension especially during filming in a place where they were expected to leave at a certain time. All the departments had to be coordinated and had to find a way to create the messy-like scenes while it could be cleaned up easily. A way they did this was by crumbling cork which had a dirt like look. This absorbed rain and was easy to clean up as well.

Due to the time period of production, visual effects were difficult with the limited materials they had. Instead of complaining or giving up, Ridley and his team used their equipment to the best of its ability, switching between computers and  models to actual sets. Their main goal in this movie was not to spend all the money they wanted and make it as good as they can, but to do more with the very little money and time. They didn’t hold a standard which was the same as Star Wars.

They made their own standard based on what they had. An example of using their resources was when they filmed a scene in an actual freezer. There were many people getting sick and equipment spoiling, so production had to be stopped after small periods of time. Even though there were these difficulties, instead of declaring defeat they persisted with the idea for the betterment of the movie.

Ridley watched the movie to overview what changes had to be made, and overall the movie turned out well, but he wondered “what did it mean?” Fancher was haunted by the picture. He blamed and was rude to Ridley but he didn’t understand the amount of work it took to put into a movie. They spent 6 weeks in England cutting the film, and no matter what they did it wasn’t liked.

There were many disputes about what to take out, but negotiations were made and they got a likable product. This is because they  added more sensors and hypnotic scenes which led to a sense of real life, something that wouldn’t seem as artificial and confusing as it did before. Their patience and understanding of how realism can be tied in to make their movie better is one of the key factors that led to its success.

Although Not an Instant Hit,

There were mixed feelings, some were intrigued and some were not. It depended upon who had an interest in the future, particularly people who enjoyed science fiction movies. The actors had expectations that the movie would do well, but when it was released there wasn’t a total satisfaction due to the social and narrative logic that made it seem like an art movie. However, they still had hope that things would get better and they knew someone would discover this movie one day.

ET diminished the light on Bladerunner because it also was science fiction. Movies such as these weren’t giving it a chance. There were already predictions that the summer would have some issues because many good movies were being released. People wanted to see happy movies because of the past bad things, and Ridley came out with an absolute dystopia. It only got recognition after a couple of patient-waiting filled years.

Big Ideas of “Everything Sad is Untrue”