New Music Video: Let the Beauty Be by Carley Lusk 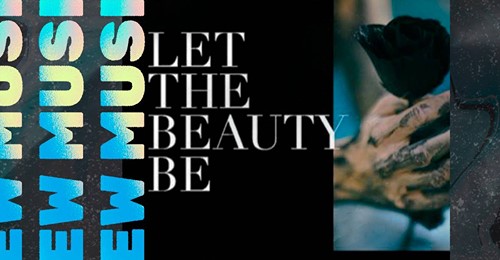 Singer songwriter Carley Lusk shares the story of females everywhere in her new single “Let The Beauty Be”. In dark, melodious  fashion, Lusk depicts the story of a woman experiencing shame for her beauty in response to the public world. The mission of the song is to bring a voice to all the women experiencing anxiety and hurt simply for being themselves. Lusk passionately believes that women of all shapes, cultures and ages are beautiful, and admiration for their beauty should be sacred not lustful. Lusk also believes her song can be a form of protection for women who identify with her message saying: “Sing the song in your head when you feel alone and know you are not alone, you are one of many and you are powerful”. She further explains, “Whenever you see something beautiful, like a flower, just let it be, once you pull a rose from the earth, does it not die?” – A symbol throughout the music video.

At one point in the video we find Lusk covered in black paint, portraying the emotional trauma and unwanted pressure imposed by groups of the public who sexualize and abuse beauty.

Have a Dream of Starting Your Own Business? Tips for Consideration

Top 21 Scholarships for US Entrepreneurs 2021