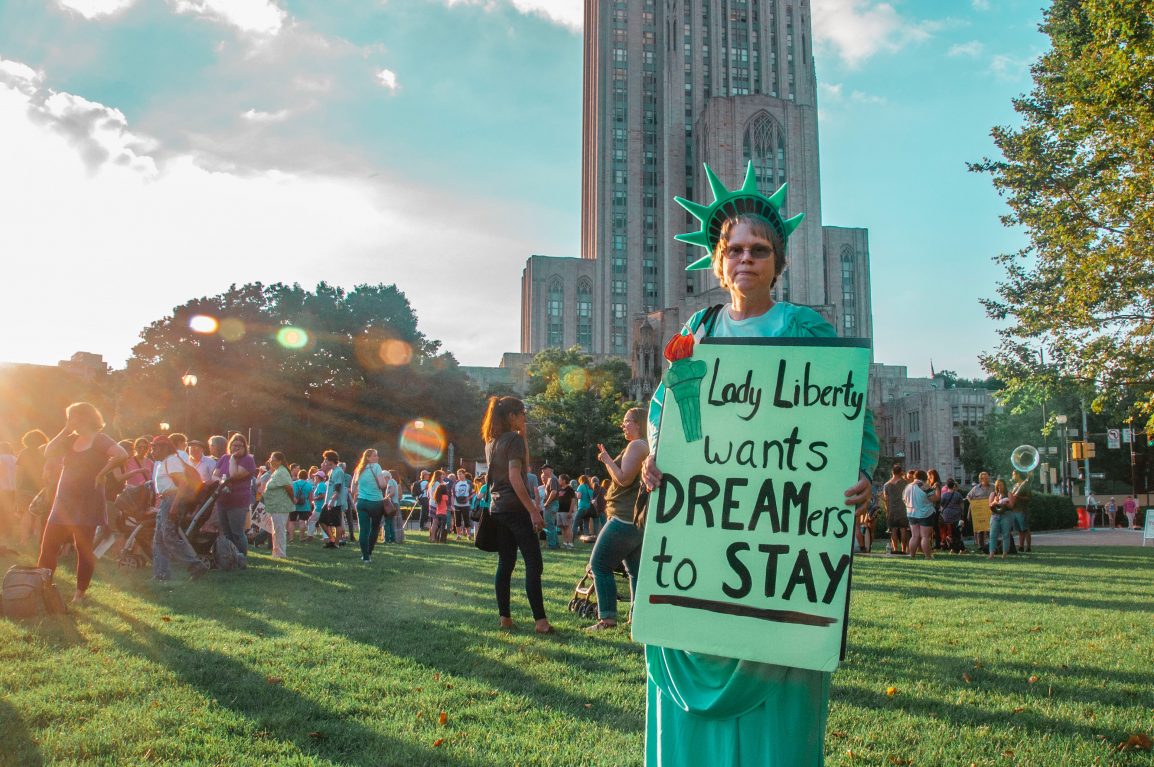 On June 18, 2020, the Supreme Court ruled that Trump cannot end the DACA program, a program also known as the Deferred Action for Childhood Arrivals. This monumental decision protects the lives of over 700,000 young migrants, also known as DREAMers, from deportation, providing a huge sigh of relief for these young people.

DACA was created in 2012 under the Obama administration to offer protections for children who came to the United States without citizenship or legal residency. One common misconception about DACA is that it does not provide a path to citizenship but instead ensures that these children and young adults will not be deported. It does, however, provide the ability to work which in turn can provide health insurance and the ability to pay for college & other higher education!

Many of these DACA recipients have also only really known their life in the United States since they’ve gone to school here & grown up here. In an article written by the Anti Defamation League (ADL), many “didn’t know they were unauthorized immigrants until they were teenagers—often when they discovered they couldn’t join their peers in getting a driver’s license or filling out financial aid forms for college because they didn’t have Social Security numbers.” However, since the current DACA program does not allow a path for citizenship and a way to obtain a Social Security number (SSN), students have difficulties applying for college. In regards to getting a driver’s license, some states (such as New York) allow for you to get a driver’s license without a SSN! This means that not only undocumented people can apply but also international college students and other people who simply don’t have a SSN.

Who is a DACA recipient? Who even is eligible?

First off, it is important to establish eligibility. According to an article in the New York Times, “applicants had to show that they had committed no serious crimes, had arrived in the United States before they turned 16 and were no older than 30, had lived in the United States for at least the previous five years, and were in school, had graduated from high school or received a G.E.D. certificate, or were an honorably discharged veteran.” The actual eligibility is in direct opposition to what Trump has claimed. DACA recipients are more common than you might think: 1.5 million people in the United States live with someone who is a DACA recipient.

According to the ADL, in 2017, 91% of DACA respondents were currently employed, and 27,000 are healthcare workers fighting on the frontlines of the COVID-19 pandemic. Some are contributing to COVID-19 research, such as Joana Cabera, who came from the Philippines at age 9, and is researching how robots can be used in helping combat coronavirus. According to Migration Policy, DACA recipients come from everywhere: Mexico, Guatemala, El Salvador, India, Poland, Nigeria, China, etc. Literally all over the world!

What is the DREAM act?

The DREAM Act (Development, Relief and Education for Alien Minors Act) was a bill introduced to Congress in 2001 that would offer legal status to DACA recipients. It is easy to get the DREAM act and DACA confused, as DACA recipients are often referred to as DREAMers. However, it is important to note that the DREAM act has never been passed.

In September of 2017, Trump declared he would end this program, which means that the 700,000 people living in the U.S. would be allowed to be deported and could have their work permits revoked. The Supreme Court ruled in a 5-4 decision (almost all on party lines with the exception of Chief Justice John Roberts Jr.) that Trump’s decision to end the program was not legally sound. This basically means that the Supreme Court did not find enough evidence in what Trump was claiming, but his administration can continue to fight against DACA. This only protects DACA recipients for a short time until the Trump administration comes back with different legal reasons as to why the program should be terminated. In response to the decision, Trump replied on Twitter “Do you get the impression that the Supreme Court doesn’t like me?”

Something, in my opinion, that is really important to remember what exactly this decision means. This does not mean that DACA will stay forever & Trump has to keep the institution. It simply means that his reasoning for terminating the program was unlawful. The Supreme Court did not rule that DACA was either lawful or unlawful, but instead it was the reasoning for its ending that is unconstitutional. Like I said earlier, this means that Trump can still end this program with different reasoning. This program barely survived, with only one Supreme Court Justice shifting party lines.

What can I do?

Again, DACA does not create a path for citizenship or legal residency. This means that there still are not systems in place for these young people to live without fear of deportation. These are young people who are supporters for their families, who have friends and lives and careers. Recipients and future generations are simply able to breathe a little easier for now, knowing they won’t face deportation immediately.

You can push for legislation in your state that allows you to apply for a driver’s license without a SSN. With elections coming up, you can make sure to vote for politicians and policies that will uphold and protect DACA recipients and hopefully pass legislation such as the DREAM act that allows for a path to citizenship.