Alabama Girls State: Religion, Youth, and the Future of Alabama 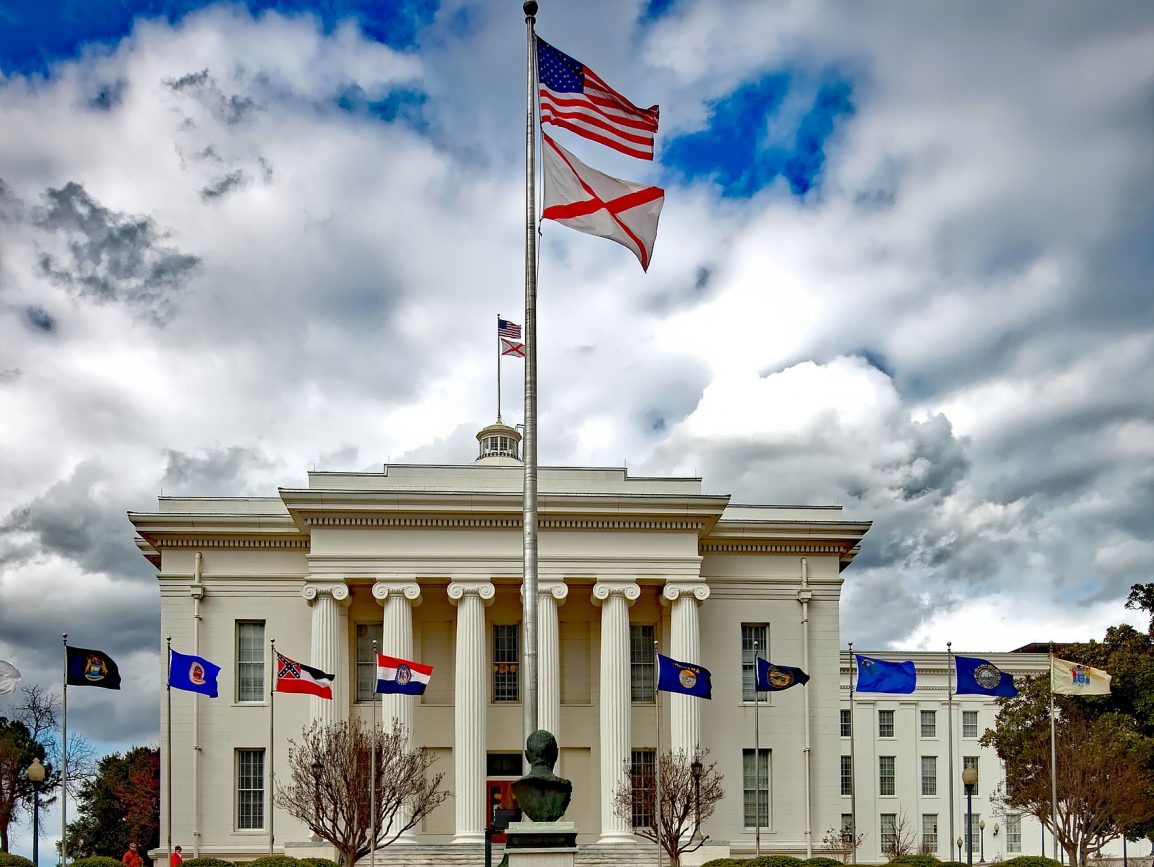 Earlier this summer I spent five-and-a-half days at the University of Alabama as the Montevallo High School delegate to Alabama Girls State.

What is Girls State?

Girls State is a mock-government event for young women in high school, and the American Legion Auxiliary sponsors it. They split delegates into cities, counties, and political parties. Throughout the week, girls make speeches, campaign, and are elected to a number of positions. Positions include county sheriff, mayor, and the highest position: governor.

What Did Delegates Have to Say About Girls State?

Other delegates in my city, named Lurleen after Alabama’s first female governor, had a lot of positive things to say about their week at Girls State. One delegate said, “It taught me, without me even knowing, to be confident in myself.”

Another delegate said, “It is a blessing to be chosen to be here. It’s truly been a life-changing experience.”

I decided before I arrived on campus that I was going to run for governor. First, I created a platform for my campaign, ordered business cards, and created an Instagram account so that the other delegates could learn about my platform. My campaign focused on women’s right to choose, closing the Alabama gender wage gap, and providing more accessible childcare for mothers. I wrote five new bills, developed plans to execute those ideas, and tried to learn everything I could about those subjects. It didn’t take long for me to doubt that my approach was going to be a good fit for Girls State.

On the first night on campus, after a couple of speakers, we had an evening devotional. This was something that I was not completely comfortable with, as I am someone who does not consider myself religious. What I didn’t know at the time was that the devotional was only the beginning of a week-long emphasis on Christian religion by the speakers and the vast majority of the other delegates. Girls State didn’t feel as much like a mock-government exercise as it did a government-themed Vacation Bible School.

I have yet to understand the focus on religion at what should be a program that is accepting of Alabama girls of all faiths. The constitutional concept of the separation of church and state was not a consideration at Girls State. Many of the speaking guests, and almost all of the delegates emphasized their Christian values at every opportunity.

To be fair, I did not meet many girls who were as openly uncomfortable with the devotionals and religious emphasis as I was. In fact, most delegates seemed to be happy to be around other religious young women. For example, one delegate talked to me a little about her religious beliefs. She said, “God is something that I’ve been raised with and I’ve grown to know what that means to me and who he is.”

I, of course, have great respect for other people’s Christian beliefs. But I also believe that such respect should extend to those with different forms of faith, and to those with no faith at all.

In addition to the focus on faith, another unsettling feature of Girls State was the expectation on how the delegates dressed. They required delegates to wear business professional attire everyday. In contrast, Alabama Boys State wore jeans and a Boys State t-shirt for almost every occasion. After the pandemic year, my wardrobe became pretty limited. My family had to spend hundreds of dollars on clothing for the week. I imagine that for many girls in Alabama, such an expensive dress code could make attending Girls State impossible. Usually, I wouldn’t have been worried about how my outfits compared with the other delegates’. However, I knew that the delegates would take my appearance into consideration since I was running for governor. This is something that I’m sure does not happen at Boys State.

In addition to the daily dress expectations, they encouraged delegates to wear a “prom dress” for the inauguration dinner. In addition to adding to the expense, the requirement gave the inauguration the appearance of a beauty pageant. I mean, Kamala Harris didn’t wear a prom dress for her inauguration as Vice President. She wore a professional and appropriate business suit. I enjoy dressing up and going to prom as much as anybody. Even so, young women need to know that they don’t have to meet the traditional standard of beauty to hold powerful positions.

Teaching young women how to run for office is important. However, emphasizing their differences from men, excluding those who don’t share Christian beliefs, and focusing on their appearance rather than their character and ideas can be hurtful.

My Conclusions on Girls State

I lost the race for governor. As a matter of fact, my campaign didn’t get farther than the party primaries. I don’t know if it was my liberal platform, my focus on policy details, or my tendency to talk too much. Here’s to hoping that it wasn’t because of the way I dressed or my lack of enthusiasm for the devotionals. I congratulate the girls who went on to win all of the races. I think they will do a great job representing Alabama.

Girls State almost has it. They’ve almost figured out how to prepare Alabama’s finest young women to get involved in the state’s government. Instead, their program threatens to alienate women. It reinforces sometimes harmful religious values. It discourages those of us who are already interested in running. Girls State can and should do better.

Interview with Cricket Wampler of the New Disney Plus Series, Big Shot!

4 Ways in Which You Can Climb the Career Ladder