We are on the verge of one of the most anticipated elections in history; emotions are high, hate and anger are rampant. We are in a global pandemic; isolated from people, quarantined in our homes, and even mourning others. In a year that has divided us, isolated us, and taken so much, there is still a lot of good in the world. As we anxiously await election results and wonder when things will start to return to normal, it’s important to cling to those happy moments. So here are some moments from 2020 that make me incredibly happy. 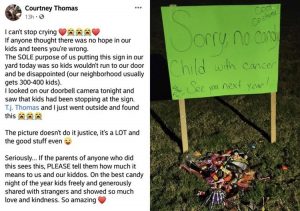 When the Thomas family put a sign in their yard saying that they wouldn’t be giving out candy this year because their child had cancer, neighborhood kids started putting their candy at the base of the sign. Although she had put that there to save kids from disappointment, the children in her neighborhood showed them overwhelming kindness. 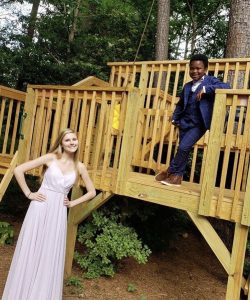 Seven year old, Curtis Rodgers, planned and hosted an entire prom for his nanny, in his backyard, since her prom was canceled. He picked out her favorite songs, helped his mom make her favorite foods, and even dressed up, making sure to match his bow tie to her dress. When asked why he said, “She is one of the best people I’ve known.” 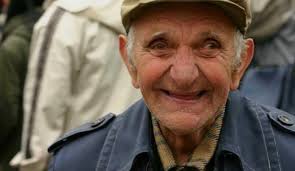 Mr. P, a 101- year-old man, who survived the holocaust and the Spanish Flu, beat COVID-19. Despite all that he’s been through, he has miraculously beat every odd. Mr. P lives in the Italian city of Rimini. The vice-mayor of Rimini, Gloria Lisi, stated, “Everyone saw hope for the future of all of us in the recovery of a person more than 100 years old.” 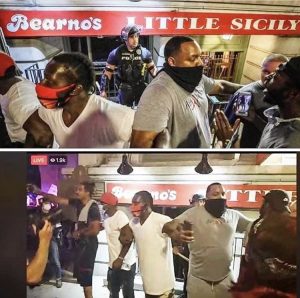 During the Louisville riots, a group of black men who came to protest against police brutality formed a wall of protection around a white Louisville police officer who had been separated from his team during the chaos. They locked arms, circled around him, and refused to let anyone harm him. 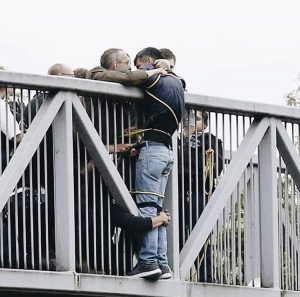 A man was about to jump off of a bridge in London when a group of strangers talked him out of it. They proceeded to hold him for an hour until help could arrive to get him down safely. Look at how tightly they’re holding him! The love and compassion that these strangers showed to a person in pain is a beautiful reminder for how we should treat other people. 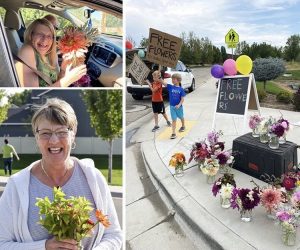 During the pandemic, a gardener from Boise, Idaho realized that she had more flowers than she needed. So, she started giving them out to strangers as a random act of kindness. Soon, neighborhood kids got involved, and they have handed out hundreds of bouquets! They call their initiative, The Free Flower Project. The project said the best thing about giving away flowers for free was “the happiness and pure joy that we get to see… knowing it’s quite possible that there flowers made someone’s day!” Follow them on Instagram @thefreeflowerproject 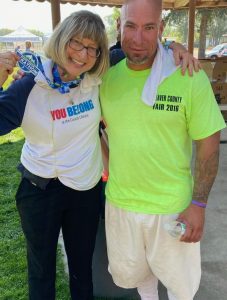 Carrie Kelley from Salt Lake City, Utah was struggling to finish the Beaver Creek Marathon. She was four miles in, and close to giving up when an inmate on work release, Fidel Ybarra, started running with her. He had no prior training and was dressed in heavy work boots but he ran the entire 22 remaining miles with Kelley– encouraging her every step. Kelley was beyond moved saying, “I wouldn’t have finished the race without him… I don’t know his past mistakes, but what he did showed his true character.” Ybarra was initially there to help clean and set up for the race, but he said, “I could tell how much she enjoyed running and I felt like I could not let her finish the marathon alone.” This serves as an awesome reminder that there is good in everyone. Even in the most unexpected people. 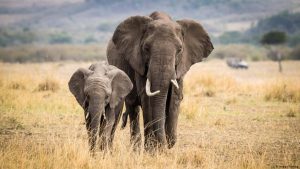 The Kenya Wildlife Service announced on August 12th that there were now 34,800 elephants in Kenya; more than double the amount in 1989 which was 16,000. Poaching severely endangered this species, but slowly the elephants in Kenya are returning. According to Kenya’s Tourism Minister, Najib Balala, this is due to new anti-poaching legislation. 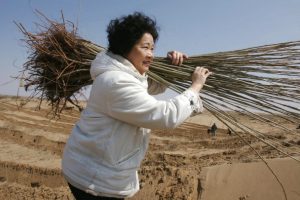 67 year old, Yie Jiefang, has been planting trees in Mongolia to honor her son’s dying wish. She has been carrying on his legacy for the past 12 years. In July 2020, she had planted over two million trees in the Mongolian desert. She also connects with other grieving families to plant trees with them.

These are only a few examples, but it’s so important to remember that despite all the bad, there is always good in the world. For more good news follow @tanksgoodnews and @goodnews_movement on Instagram. Feel free to leave some good news in the comments below!