What It Means to be a Whistleblower 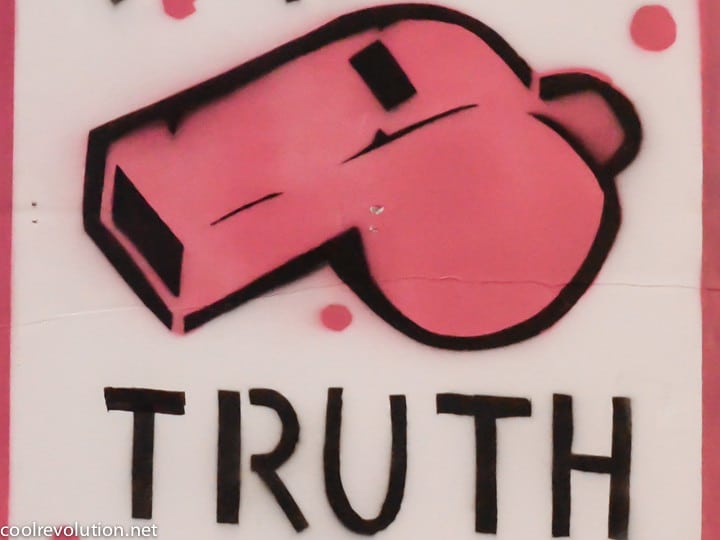 Whether you’ve heard the term or not, being a whistleblower is a weighted role that comes with a high amount of risk, and ethical reward. Traditionally, a whistleblower is an individual in a company or administration that is aware of dishonest or illegal actions being made for further personal or professional gain. For example, let’s start with Dr. Jeffrey Wigand. You probably remember old advertisements or tales that your parents told you, or even have seen in movies how common and encouraged smoking cigarettes were. Back in earlier decades, you would even see doctors smoking cigarettes, sounds crazy right? Well, Dr. Wigand was on the executive board as the vice president for a big tobacco company called Brown and Williamson in the 90’s. Dr. Wigand, along with other top executives knew that they were intentionally manipulating their blend of tobacco with highly addictive and carcinogenic chemicals to their cigarettes. In an interview with 60 Minutes on CBS, he revealed this information, along with sharing that all the other executives at the company knew about this as well. Dr. Wigand gained wide recognition for being the first highest ranking executive to address the truth about health and safety in the tobacco industry. Which, consequently, had a domino effect of investigations of other big tobacco companies into their whereabouts regarding similar sneaky and corrupt tactics, as many whistleblower situations do.

A Hero With Risks

Sounds like a hero, right? While ethically, being a whistleblower is widely accepted and appreciated by the public, but for those who are directly affected by these corrupt decisions, it comes with a risk for the whistleblower. Dr. Wigand had an investigation launched towards him by Brown and Williamson and many of his former colleagues called horrible names, along with negative portrayal of his character, in an attempt to displace the attention of the wrongdoing of the company into Dr. Wigand himself. Luckily, the U.S government has protection laws for whistleblowers to encourage alerting officials when something illegal or corrupt is taking place. Dr. Wigand is recognized by the National Whistleblower Center and has received many honorary awards and degrees for his bravery.

Why Does it Matter?

At this point, you’re probably wondering why this matters, and why I’m talking about it. Being a whistleblower is a tricky decision to navigate. But without them, our world would be less honest and ethical. Whistleblowers don’t have to occur at a high corporate or government level. The point here is that anyone can be a whistleblower. I’ve experienced it in my own life, and I’m sure you have to. For example, say one of your peers snuck into the teacher’s desk and got a copy of a big exam coming up. They then decide to share the exam with a group of peers and they are planning on cheating to ace the test. Now, you might not be partaking, but is it okay to stay silent? That’s up to you. The bystander effect (for more information about the bystander effect click here) is powerful, without really being conscious of it. I encourage you to be the whistleblower. A whistleblower is someone who is brave, confident, and know the ethics of right and wrong. Often times those who look away end up suffering severe consequences, and or feelings of regret for not speaking up when they noticed a wrongdoing in the first place. While it might seem to be the easier option to turn the other way or assume it’s not your business, whistleblowers tend to be those who have demonstrated the real courage to stand up to believe and fight for what’s right for the greater good.

What You May Not Know About Teen Pregnancy