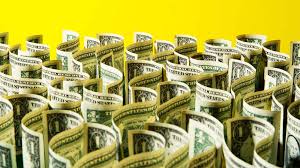 As a teenager I am always spending my parents’ money. I mean as a teenager that’s simply what we do and every parent knows this. I began thinking that I needed to find a job,so that I could make and spend my own money. So starting in the end of May, I began searching for jobs. I used platforms such as Indeed,Snagajob,and HireTeen. I applied for many many many jobs ranging from restaurant hostess,Zoo gift shop worker and even simple tasks like a dishwasher.

The start of my job hunt was not successful.I received many emails that stated “thanks for your interest in our position,but we are moving forward with other candidates”. So because I was jobless and needed to make money, I began making flyers for various churches in Butler county. Before I received my job I had made 4 flyers,2 magazine ads and even an event ticket for the different churches.

After two and a half months and over 50 online job applications I finally believed my troubles had been solved. On the 15th of July I had a missed call and a voicemail left on my phone. I listened to the voicemail and to my luck it was the training manager from Chick-fil-A. In the voicemail he told me that he would like to schedule and interview with me in person. I simply called back and scheduled my interview for the next day. So of course on the day prior to my interview I started looking up what to expect from a Chick-fil-A interview. The answers varied. Many people said they believed the interview was somewhat difficult while others said it was fairly easy. I even researched “what to wear to a Chick-fil-A interview”. The answers to this question mostly said business casual,so I went straight into my closet and grabbed a striped gray dress. I was super ready. I began thinking to myself “this is my chance!!”

I was so eager to talk to the training manager on the day of my interview. I walk in and I wait for the training manager to approach me and call my name. To me,the interview was just a get to know you session. The interviewee and I were constantly smiling and laughing because we were having such a great time. Before I left he asked me to come back for a second interview with an operational manager the following day. Again I had such a great time at the interview. After my second interview before I left the operational manager looks at me and he says “ I think we have a spot for you”. And that was the day I got hired to my first job ever.

This whole process was truly a great experience. My main tip I leave with you guys who are looking to get jobs would be to not give up on applying and to be yourself when you first meet the people in charge of hiring. But really the most important thing to remember is,  no matter how many times you are rejected,that eventually you will get what you want. Having a job is great it really gives you a sense of responsibility and awareness. I guess the downside of having a job is not being able to persuade your parents anymore into buying you something you really really want.

Deciding To Come Out