Review of Everything I Never Told You by Celeste Ng 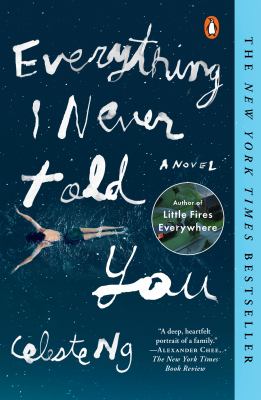 As someone who is Asian-American, it can be difficult finding Asian-American characters to resonate with and identify with. However, I found that Everything I Never Told You by Celeste Ng gave a great representation of the difficulties of what it’s like being half white and half Asian in American society. The story takes place during the 1970’s in a small town in Ohio, when the Lee family has just experienced a traumatic event. Lydia, the middle child, has just passed away. As the family tries to figure out how she tragically passed away, the secrets of Lydia’s life begin to unravel and appear in front of the Lees, causing the family to break apart. Along with the fragmentation of the family, they face issues such as sexism, xenophobia, and racism. However, despite all that the Lee family goes through, they are able to acknowledge their pain and their mistakes, and move on into the future. I recommend this novel to anyone who feels that their identity is not acknowledged by society and to anyone who feels that their family structure is not valid.

Across The Pond and Beyond