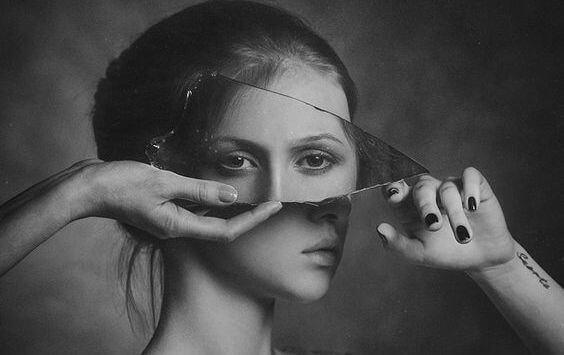 Chelsea Bridges  was born in the town of Heapsville,Missouri on a cool, September night. She was born three months prior to her expected due date. After her birth she spent two hard months undergoing tests,and being under very close medical care. The doctors, at first believed that she would not make it. On a chilly morning in November,when her parents came for their daily visit a nurse told them “you can take your babygirl home now.”

Chelsea lived a typical first six years of her life. One day her life was changed. There was a mirror on the sink in her bathroom.  She had finally reached the height to where she could see her whole face in the mirror. Chelsea had never seen herself in a way like this. She liked the way the light which shone in her brown hair radiated in the mirror. Her mulato face clear and free of worries,but also free of blemishes. Every morning when Chelsea  got up she would say “thank you mirror for making me pretty.” Her smile so wide,that she felt it in her jaws.

At age nine,she entered the third grade. It was her first time at a public school,and she did not know any of the students. It was the second day of school when a short,but bold female classmate named Angie  noticed the purity and innocence in Chelsea’s laugh. Most of the children in the class began to become entranced by Chelsea’s positive energy. Angie was full of jealousy so on this second day of school she told Chelsea that the reason why people laugh when they are around her is because her face is so funny looking. Chelsea had never been criticized for her appearance before. Her heartbeat began to sank in her chest,while her eyes burned from attempting to keep the tears from rolling down her cheeks. Eventually the dismissal bell rang,so Chelsea got in her mom’s car. As soon as Chelsea arrived home,she sprinted to the the bathroom and stared at her reflection in the mirror. She then spoke aloud and said “There is no way I can be “funny looking”. Chelsea then ran her hands over her soft and smooth skin and she uttered the same words she did every morning when she woke up and every night before bedtime which were “thank you mirror for making me pretty”.

In the summer before her ninth grade year Chelsea hated the mirror. On a particular night in July, a severe thunderstorm was present in Healesville. Chelsea,as always was looking in her mirror, when all of a sudden a tree crashed into the bathroom. Luckily, the tree did not hit Chelsea. The tree instead hit the mirror and caused a shard of glass to slice Chelsea on her right cheek. This was the first time that Chelsea did not like the mirror. She screamed and shouted “now you have taken my beauty away. Chelsea had to get stitches at the point where the glass pierced her skin. So now the skin that Chelsea knew to be so smooth and clear of faults, now had a scar.

For rest of her highschool life,the outgoing,and outspoken girl that her family and outlookers knew her to be became reserved. Every Time she walked into a room she felt the hard glares ,and stares that people gave to her face. Very often people would ask in criticizing and nasty tones the question of “Hey how did you get that scar?”. Chelsea constantly watched the girls that entered the talent shows,and became cheerleaders. She especially noticed the girls that won homecoming,and prom queen. Chelsea was not jealous,and she did not want to be them. The thing is Chelsea was well aware that what all these girls had in common was make up. So just as she believed the mirror was her cause of beauty she would say to herself “the makeup makes you pretty.” In Chelsea’s freetime instead of going to games or parties she wrote. She wrote stories about how the pros,but also cons of the world affect the lives of people. When she believed her beauty had been lost, she made sure she crafted each of her characters with distinction.

Eventually Chelsea went to and graduated college. After college she began to get her writings published into books. Chelsea seldom looked into the mirror. As she grew her scar was never ignored. Chelsea took into account that the people that called her ugly did not realize how beautiful her mind was. Her thoughts were loved by so many they she became a well known author. She went on many book tours around the world and shared her characters with whoever would listen.

One day a group of listeners approached her. A woman with strawberry blonde hair and deep dimples asked “Do you know what we like most about you?”. “Is it my words?” said Chelsea halfheartedly. “The entire group said “no”. It was then when  the petite,tall woman told Chelsea that it was the way Chelsea smiled brighten everyone’s day. She was the reason why people kept coming back to not only listen to her but see the way her eyes over filled with excitement and passion. They were overwhelming Chelsea with compliments that a sense of “Beauty” was coming back to her. On this exact same day in spring, a magazine publisher was at Chelsea’s book tour. The publisher told Chelsea that he wanted to take her picture so that it could be the cover of their magazine. Chelsea asked “Why?”. The publisher told Chelsea that her spirit gives light to her face which is what makes you beautiful.

After that night, when Chelsea arrived home, she did what she had did all this many years ago. She ran up the stairs and starred in the mirror. Her hand grazed over her scar. This was the moment when Chelsea realized that it was not the mirror that was responsible for her beauty,but it was here beauty by nature. Then something happened to Chelsea’s face that had not happened on over two days. Chelsea felt the pain in her jaws once again. And this pain was seen vividly the the way the light shown on Chelsea’s scar. Chelsea was very content and in that instant she turned the bathroom light off and rested her hand on her chest and she said “thank you self for showing me my beauty”.

How to Stay Productive During Summer Break!