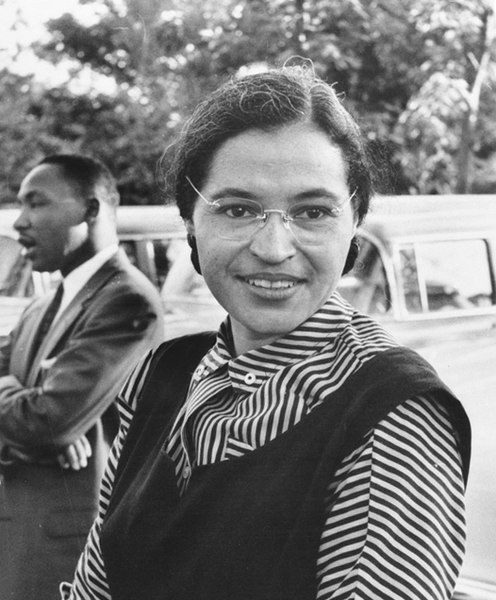 Barbie dolls have been a staple in the childhood of young girls since the 50’s. There was nothing quite like the fresh plastic and shiny packaging of a new doll. Mattel is an American toy company that started in the 40’s. Over the decades, Barbie has been featured with various occupations, styles, accessories, athletics, and many other customizable elements. In honor of the recent 99th anniversary of the 19th amendment, which gave women the right to vote, Mattel released a Rosa Parks and Sally Ride inspired doll. On August 26th, 2019 Mattel debuted the civil rights activist and the first female American astronaut dolls. Parks and Ride were both ambitious, fearless women who are remembered for their contributions not only to women’s rights, but towards the nation as a whole.

Who Was Rosa Parks?

Rosa Parks is most well known for her activism in civil rights. Specifically, during the Montgomery Bus Boycott in the 50’s. During this time Parks had chosen to sit in a “whites only” section on a bus, and refused to recognize the demands of a white man during the laws of intense segregation. Parks played a pivotal role in the progression of the boycott. She is remembered for her determination and bravery to fight for what she believed in. She continued an active participant in many activism groups and organization until she passed away in 2005.

Who Was Sally Ride?

Sally Ride was the first ever American woman to go into space, and the third ever woman to go into space. She was a highly intelligent astronaut and physicist. She applied to work with NASA after seeing an advertisement from a local newspaper, she then was was one of 35 selected out of 8,000 applicants. Ride completed her training in 1979, at this time there were very few women working in her field. On June 18, 1983 on mission STS-7 Ride became the first American Woman to enter space. Ride returned to space once more before moving to Washington D.C to work for NASA’s headquarters. Following her work with NASA, she went to Stanford University and University of California San Diego to teach and do research. She then retired, and passed away in 2012.

It’s important to recognize and appreciate the wonderful women we have throughout America history. Mattel’s decision to honor Parks and Ride was a choice to acknowledge women’s rights and accomplishments, and is something to remind individuals to continue to do so in the present. Mattel works to inspire young girls and encourage them to aspire and dream big. The representation of these women who have worked so hard is a reminder of greatness for young girls and our society!

What You Can do For Racial Justice

Sleep and Your Body

Redefine Your Life: My Story